I apologise for the fact that The Week in Movies has been MIA the past few weeks, but it’s back now, and I’ve got more of a handle on the process of writing it, so that I don’t get overloaded and fail to write it again. 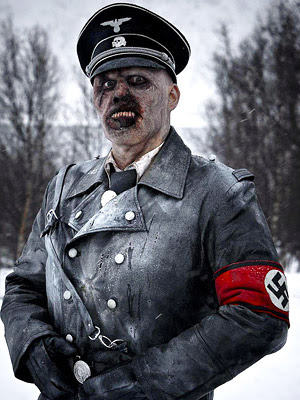 This Norwegian movie isn’t, as some in the press have credited it, the first movie to feature Nazi zombies (I’ve seen Zombie Lake, which, despite the copious nudity, is one of the least entertaining things I’ve ever seen, and I know there are others out there) but it was that simple comment, along with the pitch perfect tagline: “Ein, Zwei, Die” that has had me hankering to see Dead Snow since I first heard about it early last year.

Sadly it’s something of a letdown. You expect a film about nazi zombies to have by the numbers plot, but Dead Snow’s is so rote, so familiar, so utterly in love with horror cliché, that it is often laughable. There are, of course, huge gaps in the logic of the plot (exactly how do the characters decide who takes the car keys, for example) but then this is a film about holidaying medical students being attacked by nazi zombies.

Tommy Wirkola definitely has an eye, and there’s some invention (as well as some blatant theft) in the death scenes, but all too often the good intentions are undone by a very evident low budget, resulting in rather plastic looking heads to be ripped in two, and the violence looking rather cartoony. Dead Snow is packed with more stupidity than a trivial pursuit game between Paris Hilton, Britney Spears and Lindsay Lohan but it overcomes that, and the cheapness, and the ropey script and performances, by just being plain fun. You have to be in the right mood, but if, as a horror fan, you can’t enjoy these 88 very silly minutes I’d be quite surprised. 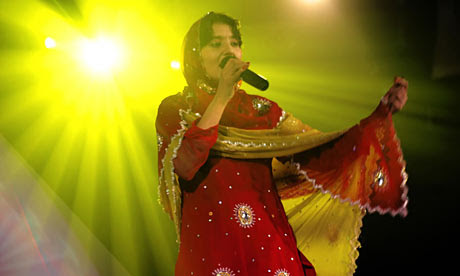 This entertaining documentary follows the making and reception of the third season (a fact that goes unmentioned in the film) of Afghan Star; Afghanistan’s version of Pop Idol. The thing is, Havana Marking’s film isn’t really about Afghan Star as much as it is about the changing face of Afghanistan, and in that respect the competition is actually the least interesting aspect of this film. Most riveting is the story about contestant Setara Hussainzada, a 22-year-old woman who clearly longs to live in a society where she can be a normal, modern, young woman. When she is voted out of the show Setara dances during her final song, and the reaction is shocking. Even the other contestants say it was bad thing to do, and later Marking’s camera shows people in Setara’s hometown who believe she should be killed - KILLED - for uncovering her hair and dancing on TV.

Though this side of the film makes for depressing viewing, much of the rest is uplifting. What’s really striking is the joy that both the contestants and the audience get from music (which had, when this film was shot, only again become legal in Afghanistan five years previously). It’s a film that exposes deep ethnic division, but which also shows music bringing people together and while, directorially, Marking adheres to the popular model established by Spellbound what her film has to say is fascinating, exposing a cultural movement you’d never expect, and which may yet prove to be very important.

I need to go back to this film about Italy’s apparently corrupt seven time Prime Minister Giulio Andreotti (Toni Servillo, in a masterfully understated performance), because it’s so dense, so packed with incident and so soaked in the minutiae of Italian politics in the early 90’s that I found it, at times, a little baffling. However, I was absolutely blown away by it. It looks unlike almost any film I’ve seen. Sorrentino’s shot selection is odd, but effective, and incredibly kinetic. He makes brilliant, if unusual, use of slow motion, close ups, moving and static cameras and weaves them together in an entirely individual looking film which just kept on thrilling me with its audacious choices.

It loses a little bit of its relentless pace in the last half hour or so, as Andreotti is stripped of his power, but that’s a minor complaint about a major film, one that I’ll revisit here in due course.

When I was fifteen and, along with my friends at school, hugely into rap music, this film; an attempt at a rap version of This is Spinal Tap, seemed hugely funny. Almost 15 years later Fear of a Black Hat has lost much of its impact. The jokes seem tired and lazy, to say nothing of repetitive, and the musical parody is generally puerile rather than especially funny (particularly a track that parodies PM Dawn’s Set Adrift on Memory Bliss but, ‘hilariously’, is about poo). 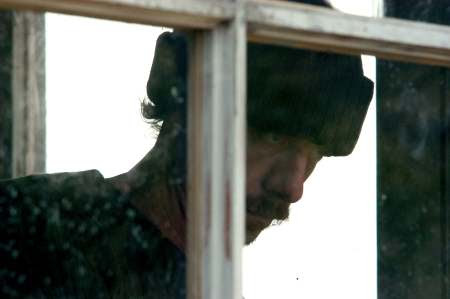 I can’t pretend that Robert Sarkies' docudrama about New Zealand’s worst ever mass killing (in which David Gray killed 14 people, including several children) isn’t well made. The camera work is immediate, and places you in the thick of events and the performances are excellent, especially that of Matthew Sunderland as Gray. However, Sarkies is so concerned with making sure that the film is respectful to the victims that it actually ends up being a little dull. The pace is funereal, meaning that this 90 minute film, covering a 22 hour period, often feels as though it is in real time and the presentation is so matter of fact that I was never really engaged in the events of this story. In the end Out of the Blue is a film that just sort of sits there on the screen.

It doesn’t sound all that promising; a film about the Junior Eurovision Song Contest. Hell, the adult version is hideous enough, but Jamie J. Johnson’s film, thanks to finding some really engaging characters to follow, is an absolute charmer of a film. Johnson follows four contestants; Trust, a Belgian band whose capable (if generic) pop belies their fifteen years, ten year old Girgos, from Cyprus, Mariam, a 13 year old who is the first contestant from Georgia and Marina, who is from Bulgaria but obsessed with Buffy and talks as if she’s an LA native. They are all very different, but all equally fun to spend time with.

It’s a pretty standard documentary, informed in its structure by Spellbound, and Johnson crafts a pretty tight narrative, sprinkled with reflection (Trust’s 15 year old singer confiding how much she’d like to meet a cute boy, and Mariana candidly telling us that she wants to impress her estranged father with her performance) and laughs (Mariana getting the wrong number when she rings home; Giorgos explaining that if you sing in the wrong key to start with you’ll sound worse if you correct yourself mid song). The music is, generally, hideous (though Belgium, in Trust and Bab, a 13 year old who features in the film’s first 15 minutes, have some more promising talent than the other countries) but don’t let that put you off this highly entertaining film.


The Lovely Bones (12A)
DIR: Peter Jackson
I went to see this at the cinema, because I wanted to have been wrong about it in the initial, negative, review I wrote last month, after seeing a screener. I wasn’t wrong. Pity.

Ireland’s first zombie movie is one of the most ineptly made horror films I‘ve seen in some time. The script is generic, the acting abysmal, the effects bargain basement, but it’s Conor McMahon’s deadly direction and the editing, which appears as if a man with no hands was attempting to use a splicer, that really shoot this zombie movie in the head. The whole is no better than something I could have made on the farm we live on when I was 15; an embarrassingly slapdash affar.
Posted by Sam Inglis at 11:33