They Made Tom Watch... 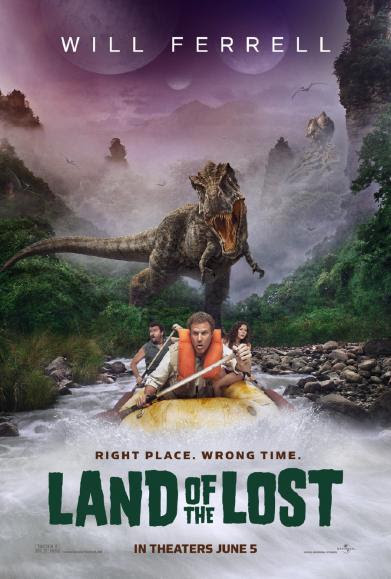 What’s it about?
Will Ferrell is a ‘quantum archaeologist’ who believes in Time Warps, a sort of Bermuda triangle of intertwined alternate dimensions.

He is ridiculed by his colleagues and almost gives up his dream until a young female admirer picks him up and they test the device. Lo and behold, it works!

They spend the rest of the film wandering around the Land of the Lost looking for the device to get them home and meet various monsters and aliens, are given things to do and do them. They then return home.

Is it any good?
Absolutely not. This is, without doubt, the worst film I’ve seen since working here. Utter and unforgivable dirge. Will Ferrell’s character is so mindlessly and relentlessly stupid that we cannot sympathise with his character, or root for his character at all! This makes the fawning of the attractive and intelligent sidekick (Friel) all the more bizarre and unbelievable.
Throw in the semi-ok special effects (in an effects led film), and you’re left with a film whose climax is the lights coming up and the blessed relief that you can finally leave.
Bizarrely also, the humour is mainly (and disturbingly) sexual, leaving it horrendously inappropriate for its target audience.

Who is it for?
Will Ferrell fans (a synonym for idiots). Tiny children.