Christmas is upon us, by this time on Friday my kitchen will be filled with about eight very, very well fed people, who will probably be playing very, very silly games. But Christmas is also a time for movies, and so I thought I'd link you to a few personal seasonal favourites, three very different Christmas classics so that there's something for everyone.

I'll have three more for you on Chirtmas Eve.

Titles are clickable to either the first part or the full movie. Enjoy, and Happy Christmas.

Note: I did not upload, and am not hosting, any of these films myself.

It's A Wonderful Life

Frank Capra's classic was a flop when it first opened, but it has since been accepted as perhaps the ultimate Christmas movie, which is somewhat odd, because for as heartwarming and as funny as it is much of the film is about a man who wants to kill himself. However, George Bailey (the great everyman James Stewart, in one of his finest performances) is shown the error of his thinking when he gets a glimpse of a world where he never existed. It's a beautiful film, and never fails to make me cry. 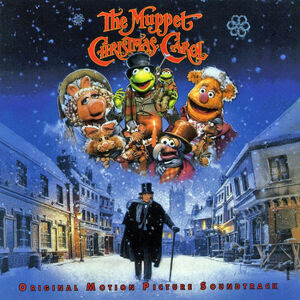 The first Muppet movie to be made after the untimely death of creator Jim Henson is also the best film ever to feature the characters. It hits all the familiar story beats from Dickens' classic story, but does so with a wonderfully anarchic and entertaining tone, while never losing sight of the emotion of the story. The Muppet cast are brilliantly performed, and fit beautifully into their roles, while Michael Caine, perfectly cast as Scrooge, finds the exact right tone at the head of the human cast. This is a perfect movie for chidren; bright, breezy and hilarious, but with a strong message and, while never excluding kids, it's also a riotous entertainment for those of us who grew up on these timeless characters.

The lump of coal in your christmas stocking, courtesy of 24FPS. You're welcome. This hilariously terrible, stunningly cheap, B-Movie is an absolute treat for Christmas Eve. It's the perfect thing to sit around after pre-christmas drinks with friends and mercilessly mock every stupid line, every terrible performance, the abysmal opening song, the shonky sets and props and even the wierd character names (really, the best name you could come up with for the king of the martians was Kimar?) You won't care about the kidnapped Santa being returned to Earth, because he appears to be a talentless drunk picked up at a department store, but you'll have a lot of fun.
BONUS: Santa Claus Conquers the Martians [MST3K Version]
Posted by Sam Inglis at 16:24