Every year, at this time of year, I let out a big sigh, because there’s always some article or some comment asking ‘is this the worst year ever for movies?’ The answer is no. It’s no better or worse than any other year really. There’s a truckload of crap, which tends to be what Hollywood drives up to our multiplexes and disgorges into screens each week. There’s a ton of utterly average, underwhelming movies and, somewhere in amongst this mass, there are the gems. At times being an avid moviegoer is like panning for gold, you sort through pan after pan after pan of nothing, but still, when you find that small piece of gold your five hundredth piece is as exciting as your first.

I saw plenty of good films this year, but we’re not concerned with them just now. This is about the great films, and 2009 saw a good amount of those, if you don’t think that’s the case then, frankly, you are watching the wrong films.

Over the next two posts I’ll be unveiling my Top 20 films of 2009 (either released or festival screened in the UK during 2009), starting with 10 runners up.

Runners Up [In alphabetical order]

Anvil! The Story of Anvil Apparently, This is Spinal Tap was true, albeit the band wasn’t Spinal Tap, it was Anvil. This film managed to be both sad and uplifting, both bitter and funny thanks to the engaging and personable Steve ‘Lips’ Kudlow and Robb Reiner, the guitarist/singer and drummer who founded Anvil when they were 14 years old and who we find, long after their brush with fame in the 80’s, still desperately trying to be rock stars as they enter their 50’s. Lips is a brilliant character, his musings on life endlessly quotable (on a terrible European tour he observes “At least there was a tour for things to go wrong on”) and you really root for him and for Robb (whose art has to be seen to be believed). It’s heartwarming and very funny and easily the best documentary I’ve seen this year. 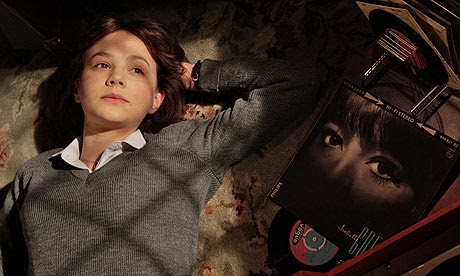 Lone Scherfig’s comic drama seems sure to net an Oscar nomination for young British star Carey Mulligan, and rightly so, she’s outstanding as a fiercely intelligent young girl whose potentially glittering future is threatened when she falls in love with the much older Peter Sarsgaard. However, Mulligan is hardly the only great thing in An Education. The supporting cast is excellent (notably a wonderful comic performance by Rosamund Pike, and Alfred Molina’s turn as Mulligan’s perhaps over caring Dad). Nick Hornby’s screenplay sparkles with wit and Scherfig keeps a firm grip on look, performances and tone. 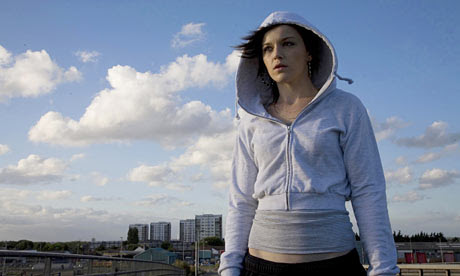 Andrea Arnold is simply one of the most exciting filmmakers in the UK, and her second feature Fish Tank is another true, vital, utterly compelling piece of drama. Arnolds imagery is at once down to earth and beautifully designed, with evocative shot selection that manages to convey meaning without battering you over the head with a metaphor. Katie Jarvis’ remarkable debut was the big story of this film, but Michael Fassbender and Kierston Wareing also did brilliant naturalistic work in this riveting film.

As I said in my initial review of this film, the key to the success of (500) Days of Summer is that everyone has their Summer; that person we’ve loved who hasn’t loved us back in quite the same way. This is a film that captures with clarity all sides of a relationship; the elation and thrill of the new and the slow slide, the way that those things you previously found enchanting can begin to irritate you. The performances by Joseph Gordon Levitt (surely the finest American actor of his generation) and Zooey Deschanel are sympathetic, full of conviction and absolutely nail the bittersweet comic tone of the film.

Harry Potter and the Half Blood Prince

Far and away the best blockbuster of the year, and the only Harry Potter film since to get near the high watermark set by Prisoner of Azkhaban. Despite a two and a half hour running time David Yates’ second crack at the Potter whip is a pacy, entirely involving thing. The cast have really grown into their roles, with Daniel Radcliffe finally becoming a capable anchor, Bonnie Wright unexpectedly soulful as Ginny and Emma Watson finding real emotional depth in Hermione’s love for Ron. The film mixes the set pieces (notably an outstanding sequence in which Harry and Dumbledore set out to find a horcrux in a cave) with a genuinely amusing romantic subplot, giving each plenty of breathing room. A great film that provides strong setup for the two part closer.

Peter Strickland’s remarkable debut is an atypical, but riveting, revenge movie. It doesn’t deal in the visceral payoffs of films like I Spit On Your Grave or Oldboy, preferring an almost glacial pace and a constantly simmering tension that lurks behind almost every frame. Making her film debut Romanian actress Hilda Peter gives one of the best performances of the year, making Katalin a fascinating character in her ability to become almost a different person depending what the situation demands. And delivering a staggering monologue at the end of the film’s second act, which is one of the most mesmerising pieces of cinema in 2009. This is a slow burn of a movie, but it’s well worth your time. 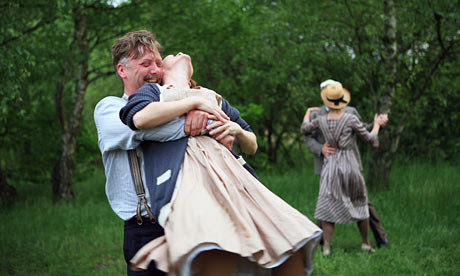 Everlasting Moments is a hymn to the power of film, in this case still photos. It follows a dutiful, mistreated wife (the luminous Maria Heiskanen) who escapes the harsh realities of her turn of the century life in Sweden through early photography, for which she discovers a natural talent. Jan Troell’s film is hugely engaging and moving throughout, but it is its perfect final shot, which had tears pricking at my eyes, that makes it truly remarkable.

I hated the way that Jonathan Demme’s latest was shot, its self conscious shaky-cam lensing annoying me rather than drawing me in, but the expert performances from the likes of Anne Hathaway (deservedly Oscar nominated) and Rosemarie DeWitt, whose soulful work was, unaccountably, overlooked come awards time and the hard hitting yet very real screenplay by Jenny Lumet sucked me irresistibly into this family and this big event in their lives. Like an Altman film Rachel Getting Married is often like spending time as a fly on the wall, watching events that are both extraordinary and everyday. 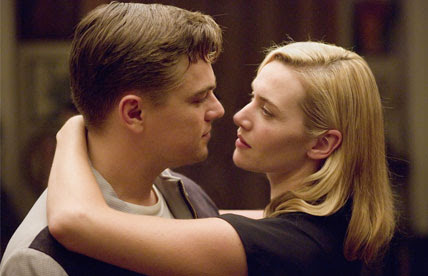 Kate Winslet and Leonardo DiCaprio’s first teaming since Titanic is almost the antithesis of that film; small in scale and about not the foundation of a grand romance but the slow strangulation of a real relationship. The leads are both exceptional, both giving their career best performances (the fact that Winslet’s Oscar was for The Reader, the year this was eligible, is a decision I will NEVER understand) but it’s probably DiCaprio who is most astounding, giving notice that as he enters middle age he’s becoming a powerhouse actor. This is a dark, harsh, film, filled with cutting scenes of dialogue between the two stars, a superior drama and perhaps Sam Mendes’ best film (in the same year as his indisputable worst). 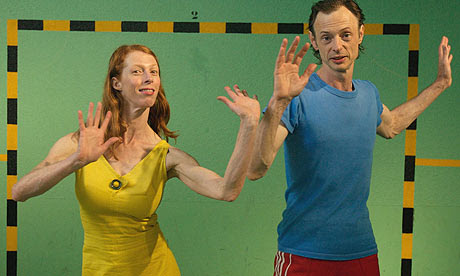 This was one of those happy little surprises, a barely 80 minute slice of graceful physical comedy from writer / director / star team Fiona Gordon and Dominique Abel. As two amateur dancers who are injured in a car crash Abel and Gordon are charming and hilariously funny, but it is the visual invention of the dance and slapstick that makes Rumba such a joy. This is a truly universal film; near silent, utterly inoffensive and hugely funny.