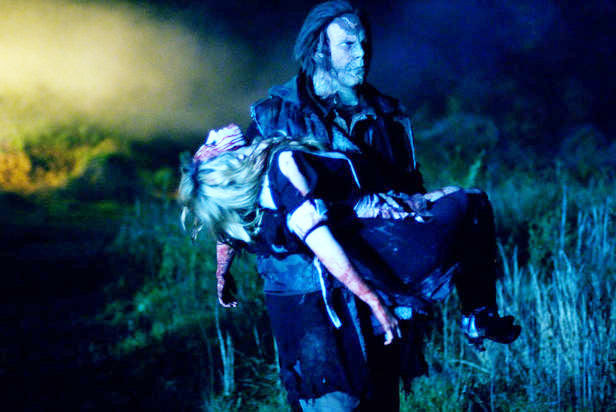 Rob Zombie’s remake of Halloween was, make no mistake, awful, bad enough that to call it his ‘best’ film would be to insult things that are actually good, it was his least worst film though. He’s regressed.

There are, of course, plenty of horror films worse than Halloween II, endless amounts of shitty horror films made on a camcorder in someone’s back yard have inexplicably found their way to a video release, but that’s not what Halloween II is. This film cost $15 million, it has a writer/director who has made three successful horror films before, it is produced by a major Hollywood studio. It may not be worst horror film ever made, but Halloween II is certainly one of the worst studio horror films in a very long time.

Zombie’s story sees Michael Myers returning to Haddonfield (why? Because, that’s why) after apparently wandering around America knifing people for a year, while growing a mountain man beard that makes him look like a 7-foot, dirt encrusted, member of ZZ Top. Anyway, he comes back and sticks his knife in a bunch of teenagers and other minor characters. It’s the same ‘story’ as every other bad slasher. To be fair Zombie does try to inject a little depth into the film, unfortunately what he comes up with a series of jaw-droppingly pretentious dream sequences involving Young Michael (now played by a slightly less freaky, but still completely charisma and talent deficient child actor) his Mother (The beautiful, but entirely wooden Sheri Moon-Zombie) and, for some reason, explained on an opening title card and yet still utterly obscure, a white horse. He also tries to establish a connection between Myers and Scout Taylor Compton’s Laurie Strode, but does so using little more than graphics and editing techniques that look like they were lifted from a bad music video by a terrible metal band in 1995.

The story is one thing, but what is truly abominable is the screenplay. If you counted every ‘fuck’ in this film I believe the total would be higher than the total amount of words that aren’t ‘fuck’. I mention this not because I’m offended by bad language (I actually don’t believe in bad language), but because it demonstrates beautifully just how tedious Zombie’s writing is. He has an absolute inability to create individual voices for his characters, so they all spout the exact same profanity riddled invective. The characterisation of Laurie Strode is a particular problem. In the original films she is a perfectly average, even slightly mild-mannered, teenager. Here every second word out of her mouth is fuck, she’s hostile and unlikable, and there’s a toughness about her, which undermines the sequences where she’s supposed to be threatened because, little though she is, there’s a sense that this girl can really look after herself. Even this is inconsistent though, given that Laurie is also prone to nightmares and endless fits of crying. In a better film this would pass for layered characterisation, a character hiding her vulnerability behind outward toughness. Unforunately neither Zombie nor Taylor-Compton have the ability to pull this off, and so it just seems confused and inconsistent. This seriously undermines what are supposed to be the scares, because not only do you not get the sense that there is any real threat but you also don’t care if there is. Personally I would have liked Michael to put a knife straight through Laurie’s head and have done with it.

The same problem exists with all the characters. I could believe that Zombie just wrote a few lines and then had the actors pick their dialogue out of a hat, in fact I have trouble believing that such personality free, identical sounding, cardboard cut outs could be created any other way. Perhaps Zombie’s worst offence when it comes to the characters is in his depiction of Loomis. Loomis was always brittle, but here he’s just an utter prick, the kind of man you want to punch in the face the second he speaks. When he was Donald Pleasance Loomis at least exuded some expertise and insight into Michael, there’s none of that here. Indeed the character is completely pointless in the context of the film, serving only to swan around like an arsehole, being rude to all and sundry, before yelling some useless psych 101 crap at Michael to no real purpose. 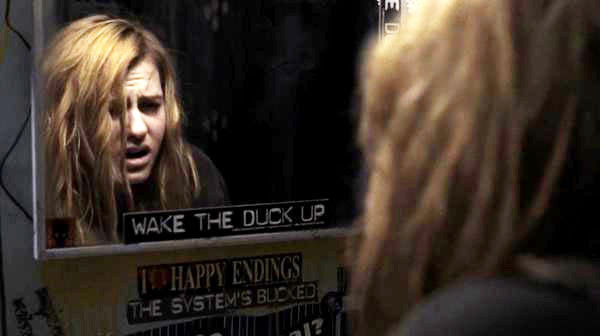 So we’ve established that writer/director Rob Zombie can’t write. He also can’t direct. He certainly can’t direct actors. When I say that Brad Dourif gives the ‘best’ performance in Halloween II I mean it much the same way as when I said that Halloween was Rob Zombie’s ‘best’ film. It’s not good (check out the hilariously poor scene in which Doruif’s Sheriff Brackett brings home a pizza for his, Annie’s (Danielle Harris) and Laurie’s supper) it is, however, slightly preferable to spending the same amount of time stabbing yourself in the leg with a pair of compasses. The same cannot be said of the rest of the… I hesitate to call it acting, but for want of a better word. Scout Taylor-Compton, for example, baffles me. She’s got a girl next door prettiness in real life, which would work for Laurie, but here Zombie has her looking raddled and ugly, and however good a physical fit she may or may not be, Compton lacks any sort of acting ability. If Zombie had cast a Speak n’ Spell machine as Laurie he couldn’t have got a performance that was any less expressive and emotional. How, when there are huge amounts of talent out there, does someone as staggeringly awful as Taylor-Compton get even extra work, let alone a lead in a studio film? Malcolm McDowell should also be in contention for next year’s Razzies for his scenery chomping work as Loomis. However, nobody really had much of a shot at being good in this movie, given the material.

In previous films Rob Zombie has demonstrated that he’s a bit of a magpie, stealing shots left, right and centre from other films, but he’s usually managed to make a film that looked at least okay. Until now; Halloween II is a horrible, horrible mess to look at. First of all most of the film takes place in near total darkness, meaning that during a great deal of the film we can’t see what’s going on (ah, small mercies), and are essentially sitting squinting at a black screen for minutes on end. At other times there is light, and it is as ineptly handled as the darkness. During one scene on a deserted road there is a brilliant white light throughout the scene, which serves to silhouette Michael. Where’s the light coming from? Who cares, it looks ‘cool’, right? In fact it looks more like a UFO from The X-Files is about to land behind Michael and is amateurish in the extreme. Then there are the music video moments, in which Zombie tries to pummel us into submission with cuts upon cuts upon cuts of ‘symbolism’ that only a 12 year old could see as profound or cool. The biggest fuck you though, is reserved for the film’s very last shot, which is a direct steal of the last shot of Psycho. I swear, even over the music, I could hear Hitchcock begin to rotate in his grave. If I ever meet Rob Zombie I’m going to punch him in the face for that shot.

I’ve now written 1200 words about a Halloween movie without discussing Michael Myers. Part of that is down to how unimportant Michael is to this film, and part of it to how unlike Michael he seems. I was always against Tyler Mane as Michael, because it makes the threat he poses so different. The original Michael was a threat mainly through tenacity (and, yes, a supernatural inability to die, but why split hairs), rather than power. Mane’s Michael is just a hulk. Yet by demystifying Michael, Zombie has also removed another of the things that made him truly scary, the point behind that blank mask is that who Michael is doesn’t matter, what his name is doesn’t even matter (remember that in John Carpenter’s original he was ‘The Shape’), Michael isn’t a person, he’s living, breathing evil. That’s scary, a big tramp with a mask isn’t. Michael’s kills are extremely boring, and all executed in a very similar manner. Zombie loves to dwell on overkill (another thing that Michael never really engaged in), and so we get scenes where Michael stabs a victim repeatedly for about 20 seconds, pauses, then keeps right on stabbing. Annoyingly for gorehounds, though Halloween II is very bloody, we actually get to see very little of the violence. Blows usually land off screen, or in such pitch darkness that we can’t make them out, and the violent scenes appear to have been shot and cut by an epileptic on crack.

The dream sequences that recur throughout the film are absolutely awful. The imagery is so cliché that it’s just hilarious, and the acting by Sheri Moon-Zombie and new Young Michael Chase Vanek is torturously stilted. They are also hugely pretentious, it makes me laugh that people have lately accused films like Antichrist and Martyrs of being pretentious. Those people clearly haven’t seen this movie. Oh, how I envy them. Perhaps the thing that most irritated me in this film though is the reveal of the first dream sequence, at which I actually sat up in my seat and said, “you’ve got to be fucking kidding”.

I really hate the trend for remakes in mainstream horror. Hopefully this staggeringly inept entry in the cycle brings us at least close to its absolute nadir (though Zombie’s next is a version of The Blob, God help us). Halloween II is an inexcusably awful film, by a filmmaker who has said that this excremental production represents his vision. That being the case he should get his eyes tested and have his DGA card taken away. If you have even a passing interest in good horror movies, skip this one and get your fix with Thirst on October 16th.
Posted by Sam Inglis at 13:55