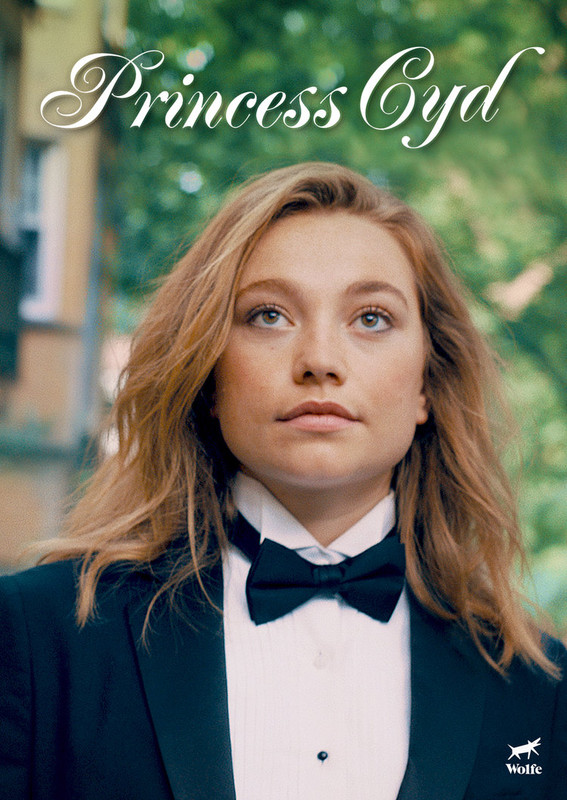 Princess Cyd is writer/director Stephen Cone's eighth feature in as many years, but you'd be forgiven for not knowing that, because the two of his films that have come out in the UK have had only low key streaming releases, Black Box through Amazon and Henry Gamble's Birthday Party through Netflix. I was shown the latter earlier this year and instantly marked Cone as a director to watch for his witty dialogue, ability as an actor's director and knack for creating believable characters and relationships. If there's any justice, Princess Cyd will serve as Cone's breakout moment.

The minimal story finds 16 year old Cyd (Jessie Pinnick) going to stay in Chicago for a couple of weeks with her aunt Miranda (Rebecca Spence), a well known writer. While she's there, Cyd meets Katie (Malic White) and begins a casual relationship. From a wary start, we see Cyd and Miranda's relationship grow and both of them grow a bit through it.

Much of Princess Cyd unfolds through conversation. This is perhaps Cone's greatest strength as a writer; the character's voices are distinct as are the ways that each character relates to all the others and it's the differences in these relationships and therefore in the flow of conversation that makes it so engaging. We see this best in the evolution of how Cyd and Miranda talk. Initially Cyd is a bit reticent saying, almost as the first thing she tells her author aunt, that she doesn't read. This gives way to lighter moments as they begin to relate more, and later to a tense and frank conversation after a get together at Miranda's house, when Cyd suggests that if her Aunt had sex rather than cake she might be happier. This scene is some of Cone's best writing of the whole film, with an angry Miranda visibly trying to get her point across without saying something she might regret, but which is clearly what she'd like to say if Cyd were a few years older. This is also the moment when Rebecca Spence's performance is at its best. There has been a sense throughout of her feeling out how to relate to her niece and, alongside the other notes in this scene, she gives Miranda a barely disguised sense of disappointment that perhaps she hasn't yet worked it out as well or as completely as she thought.

The evolution of Cyd and Miranda's relationship and the ways they rub off on each other is one of the film's strongest threads. Through Miranda (and perhaps through wanting to impress Katie, who does read), Cyd finds a greater connection to her aunt's work, while Miranda is somewhat lightened by Cyd, doing things she hasn't done and thinking about things she hasn't considered for some time. This is woven through the relationship between Miranda and Anthony, Cyd sees an energy between them and encourages it to both of them, but Cone smartly refuses to make it that simple or to put a bow on it by the end of the film. It's an intelligently written story that emphasises the differences in how people think and their priorities at 16 and at 40.

The film is set in the summer, and this comes through in the visuals, which show a suburban Chicago far from the crime ridden image we're often given of it in the news. This is probably to do with the circles Cyd finds herself in, but it also suggests that sense of her enjoying a new place and, in Katie, new people. Scenes of Cyd lying out in Miranda's garden to sunbathe or the time she spends with Katie have that feel of the long days of summer that seem to stretch out in front of us in our school holidays. This is very much the feel of the scenes leading up to and at Miranda's party. Cyd borrows an outfit – a tuxedo – from Katie to attend, and you get the sense of her finding a new comfort in her skin and with her aunt and her friends. One very nice moment has Cyd asking a lesbian couple about the fact that they both used to be married to men, and ends up in her saying to them “I like... everything”, something you get the sense she's vocalising, perhaps even to herself, for the first time in that moment.

There are, among the sweet moments of coming of age, moments of darkness; that tense moment with Miranda, a call from Katie in a moment of crisis and the always present undertone of the family tragedy that Cyd survived when she was six, accentuated by the fact that she's staying in her late mother's old bedroom. Jessie Pinnick is outstanding throughout as Cyd, there's little sense that she's acting, except perhaps early in the party scene, before she settles in with the new people around her. The chemistry between Pinnick and Malic White as Katie also feels entirely unforced, we buy them as fast friends and the evolution of their relationship. There is a sense, as Cyd's stay is just two weeks, of the whole film as a series of stolen moments, that's never more true than in her relationship with Katie, particularly an early scene when a film crew mistakes Katie for a boy and asks her and Cyd to slow dance in the background of their shot.

Like many of the best coming of age films, Princess Cyd is ultimately an ellipsis. We don't know where Cyd and Katie will end up, if Cyd will go back to Chicago for college or, beyond a closer relationship with her aunt, the lasting impact of these two weeks. Growing up is a process, and Princess Cyd is about a brief moment in it, one it captures beautifully.
★★★★★
Posted by Sam Inglis at 19:43