2015 was, as we've discussed, a pretty poor year for new cinema. Yes, there were good films, even great ones, but the year as a whole was underwhelming. It was underwhelming to the point that, towards the end of the year, I began to worry that I was losing a bit of my passion for film. Looking back at what I've watched outside of 2015 releases does give some consolation. Here I find 36 reasons to stay animated about and interested in exploring movies in their infinite variety. 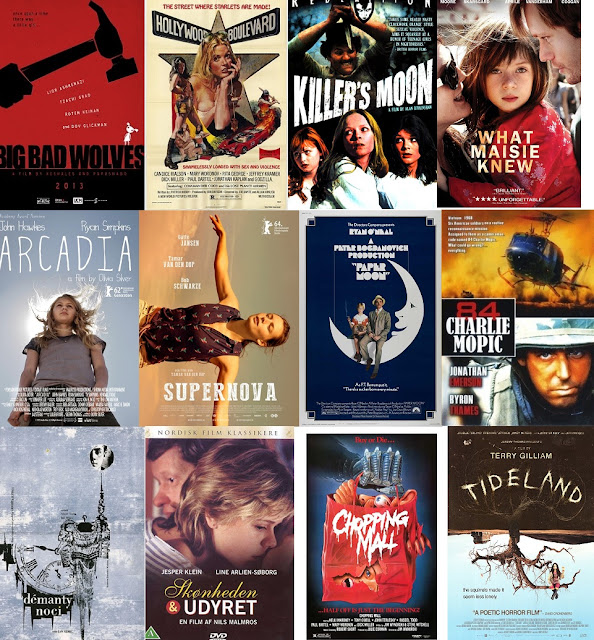 I don't love all of these films to the same degree, nor do I love them all in the same way, but I do see some patterns emerging in what I've chosen.

Coming of age cinema, as you might expect, figures highly and in great variety. There are coming of age movies that are down to earth (Arcadia, Supernova, Jess + Moss), a few that are disturbing (Beauty and the Beast, Tideland, Cold Comfort) and others that tend more towards genre, such as overlooked teen comedy Trojan War.

Another pattern seems to be discovering American movies of the 70s. Peter Bogdanovich is on the list twice with Paper Moon and What's Up Doc? (the latter one of the flat out funniest films I've ever seen) but I've also discovered classic dramas like Five Easy Pieces and a clutch of somewhat overlooked minor classics in the likes of Wise Blood, Girlfriends, Star 80, Welcome to LA and Southern Comfort (which is from 1981, but has a real 70s feel to it) 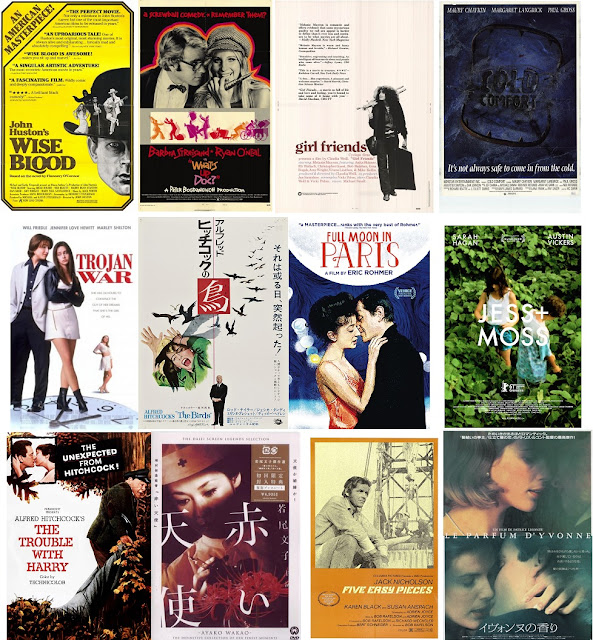 It will also come as no surprise that there's a fairly hefty selection of exploitation cinema on the list. Hollywood Boulevard, Killer's Moon, Chopping Mall, Dead End Drive In and Raw Deal are the purest exploitation films here, and while not all of them are exactly good (in fact, Raw Deal is pretty rubbish) I enjoyed the hell out of every one of them. Aside from these, exploitation elements carried through in the likes of Big Bad Wolves, Exotica and Breakdown, among others, mixing those elements into films either more mainstream or more thoughtful than most pure exploitation is seen as being. 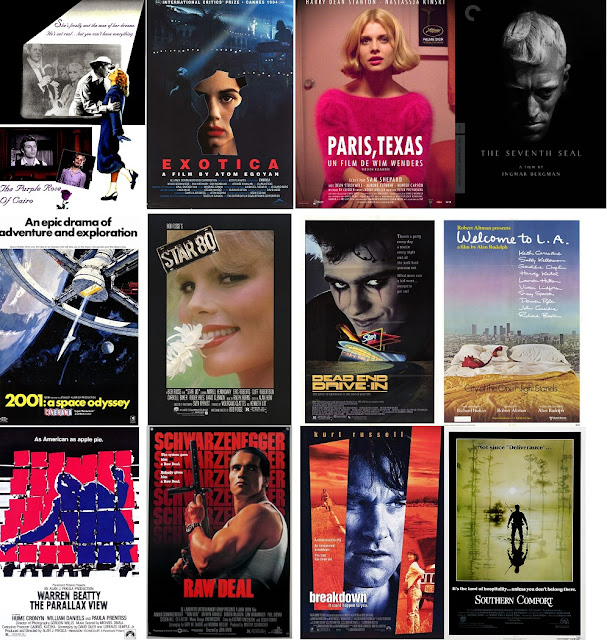 Some of the very best films of the year came from total surprises, films that don't get caught in any of the larger themes of this list. The Purple Rose of Cairo was an utter joy, instantly one of my favourite Woody Allen films (though I'm still done with his new stuff). Paris, Texas was a film I'd waited a long time to watch and instantly kicked myself for not getting to sooner. It's among the most beautiful films I've seen in years and likely to make my Top 50 when I next revise it. I admit feeling a little remote from 2001: A Space Odyssey on an emotional level, but as a visual experience seeing it on 70mm was overwhelming, as was a similarly long put off screening of The Seventh Seal, which struck me with its beautiful images, rich themes and (occasional) surprising lightness.

Perhaps it wasn't a good year AT the movies, but thanks to these and others, 2015 was a pretty great year OF movies for me.
Posted by Sam Inglis at 13:22