One of the pictures in this post contains nudity. If you're going to be offended by that, please read another post. Thanks.

I’ve now seen Martyrs three times, and each time I become more convinced that Pascal Laugier’s second film is a true masterpiece of the horror genre. Point of fact I think it may well be the single finest horror film of the past decade. Martyrs isn’t for everyone, it is brutal beyond belief, and deeply difficult and upsetting but what lifts it out of the ordinary is the fact that brutality is not what the film is about. Laugier’s expert direction and the astounding performances of Morjana Alaoui and Mylene Jampanoi ensure that this is a film with ideas, a film that asks questions, a film that demands engagement from an audience. You can read my full review of Martyrs here.

THE HOWLING
DIR: Joe Dante
I want to like The Howling, it is by one of my favourite directors; the witty, talented, and much underrated Joe Dante, and it is generally seen as something of a classic of 80’s horror. Unfortunately I found it extremely boring. It takes forever to get going, and as you wait for the werewolf based fun to start there’s really nothing to hold the attention, other than spotting the usual Joe Dante company (Dick Miller, Robert Picardo etc). Rob Bottin’s transformation effects are well realised, but this film lacks the sense of fun that is present in its director’s other work, and is considerably less engaging for that.


FROM BEYOND
DIR: Stuart Gordon
After making the classic Re-Animator, Gordon reunited Jeffrey Combs and Barbara Crampton for another gooey, gory, Lovecraft adaptation. He adds genre legend Ken Foree to the mix, which is fun, though I could do with a little less of him walking around in nothing but orange Y-Fronts. Overall though, this just doesn’t stack up to Re-Animator. Even at 81 minutes the story, which sees Combs help invent a machine that taps into people’s pineal glands, somehow making latex monsters appear, is very slight. It also doesn’t help that Crampton - stunningly beautiful though she is - makes for one of the three least convincing ‘brilliant scientists’ in movie history. Still, there’s much to enjoy: John Carl Beuechler’s creatures, Crampton in revealing leather and Combs’ overating. Overall, From Beyond is dumb fun for horror nuts. 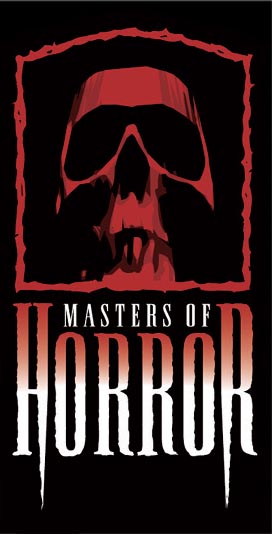 DREAMS IN THE WITCH HOUSE
DIR: Stuart Gordon
More Lovecraft from Gordon, this time as a rather average episode of Mick Garris’ hit and miss anthology series. The story is fun enough - a witch appears to be attempting to get a grad student (from, of course, Miskatonic University) to sacrifice his attractive neighbour’s baby - and Gordon handles the imagery of the dreams well. Sadly he’s let down by some poor performances and a rather creaky script, still, it’s fun to look at.

CHOCOLATE
DIR: Mick Garris
Easily the worst of the MOH episodes I’ve seen. Garris’ tale of possession is incredibly boring and padded with many completely superfluous scenes. It also happens to suffer from some truly awful acting, in which everyone appears to be in a different film. Henry Thomas is doing intense psychological work, really, really badly. Matt Frewer is in an awful comedy and Lucie Laurier, well, I’m not sure she’s even alive, so little expression does she register. The only positive here is Garris’ very apparent fondness for naked women with fantastic breasts.

DEER WOMAN
DIR: John Landis
From the worst of MOH to the best. I wish Deer Woman had been a feature. It is stupid as all hell, but the movie knows it, the characters know it, and Landis pokes fun at the entire enterprise in almost every scene. There’s an excellent leading performance by Brian Benben, as a cop who can’t quite believe where his latest case is going (the scene where he thinks through possible scenarios is a classic). This is, quite simply, what all comedy horror should be like; each feeds into and complements the other (another great scene is an hysterical play on the cliché of a person hearing footsteps following them). Landis' direction is strong, but the real star here is his son Max, who wrote the fantastic, hugely funny, screenplay. One to seek out.

The horror film, and even the slasher, does command more critical respect today than it used to, but even now, though it is well rated by those who have seen it, The Stepfather is a film that exists under the radar. That’s a real shame, because Joseph Ruben’s film is a minor genre classic. It’s a simple setup; ‘Jerry Blake’ (Terry O’Quinn) is obsessed with finding the perfect family, and whenever the family he is with disappoints him, he kills them off and starts over. This time his new step-daughter (Jill Schoelen) begins to suspect him. Ruben’s camera work is excellent, with particularly stylish use of shadow at the film’s climax.
What really makes The Stepfather great though, unusually for the genre, is the acting. Schoelen was 23 at the time of shooting, but looks like a convincing teenager, and gives a strong, sympathetic performance. It’s a real shame that this pretty, talented actress has been almost completely absent from screens since 1996. However, this is Terry O’Quinn’s film, and he eats up the title role, giving it a depth and a reality that comes as a truly welcome surprise. He’s genuinely scary, especially in the film’s brilliant opening scene. The Stepfather is a great film, make sure you see it before the remake pollutes a cinema near you next month.
Posted by Sam Inglis at 21:57