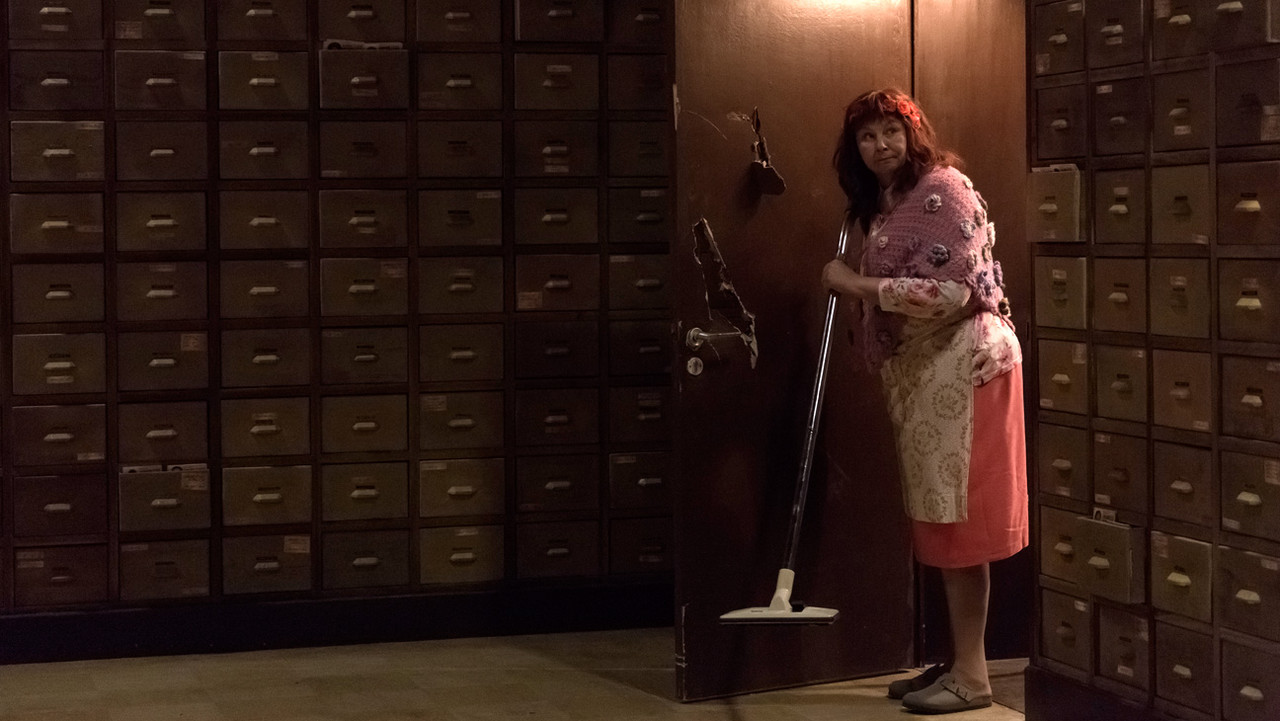 In the beginning, God (Benoit Poelvoorde) created Brussels. In the latest from Jaco Van Dormael, not only is God a Belgian slob, he's angry, treats his wife (Yolande Moreau) and 10-year-old daughter Ea (Pili Groyne) badly, and spends most of his time at his computer inventing rules of annoyance designed to irritate humanity. After taking advice from her brother, JC, Ea decides to go to Earth to find six apostles of her own and to write a brand new testament. Before she does, however, she throws her Dad's design into disarray by using his computer to text everyone on Earth the exact date and time of their deaths.

The Brand New Testament is a pretty silly film on the surface, but there are some rather profound ideas and questions lurking beneath. Why does God let bad things happen? It turns out that he's a dick, and those things amuse him. This is also a film about our numbered days and how each of us might change how we use them were we to know how many we still have, in a series of very funny cutaways Van Dormael frequently returns to a man who knows he has 62 years to go, and so throws himself into all kinds of daredevil stunts, but we also see people who become reflective and others who become despondent.

Ea's apostles, chosen at random, are an unlikely bunch, ranging from Aurelie (Laura Verlinden) who is lonely because her beauty means people only admire her from afar to sex-obsessed Marc (Serge Lariviere) to unhappily married Martine (Catherine Deneuve). Ea also recruits a scribe of sorts, he's the first person she meets; a semi-literate tramp. This is hardly a subtle joke about how the message of the bible might have been misconstrued when written down by people, but it's a funny and well-made point.

Much of the film is episodic, with Ea tracking down each apostle, finding out about their lives and performing small, but significant, miracles, but slowly their stories draw together, uniting in a final quest to give one of their number (a young boy who wants to be a girl) the best last week possible before his clock ticks away.  It's a sweetly realised story, but one that doesn't undercut the film's absurdist humour.

At times, The Brand New Testament feels like a film from an on form Terry Gilliam. God's Office, its walls lined with endless filing drawers, otherwise featureless but for the computer desk, is one place that the influence seems especially strong. The jokes; sacrilegiously silly but drily delivered, struck just the right tone for me. The laughs came thick and fast, but God's list of annoyances, the new lover Deneuve takes and every scene in which Ea talks to her brother JC (or rather a statue of him giving the sermon on the mount) hit the mark especially well.

I don't want to say too much about The Brand New Testament, it's probably clear whether it will be up your street just from the premise and if it is then I don't want to spoil any of the jokes. One thing that will be especially interesting is the reaction if this finds a release in America, I wonder what the more conservative critics and audiences will make of a film that both mocks God and, in the end, celebrates a different idea of God. That said, those things are tangential, ultimately I'm recommending this purely as a consistently funny comedy, something I get to say far too infrequently these days.
★★★★
Posted by Sam Inglis at 13:05