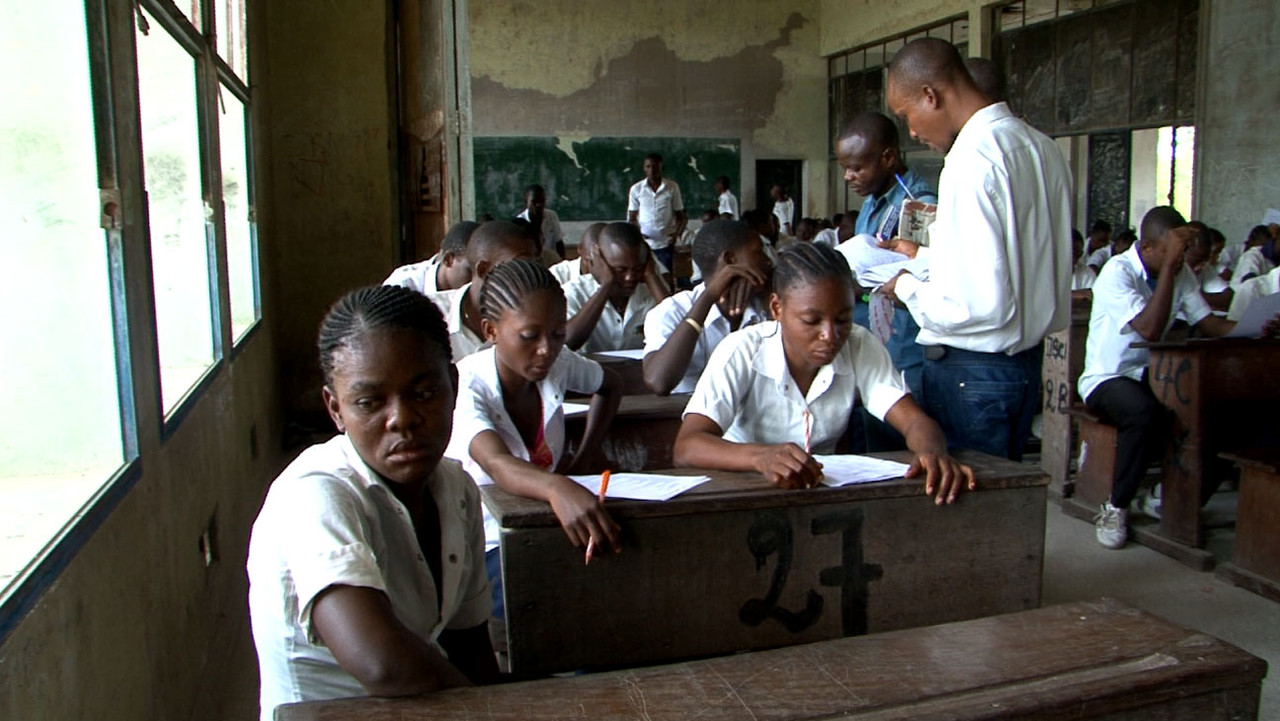 Films, and particularly documentaries, can show us the lives of people we don't (and probably will never), know.  Sometimes we marvel at how fantastical what is on screen is, sometimes we find ourselves drawing parallels between the lives on screen and our own.  This documentary about the national exams in the Democratic Republic of Congo does a bit of both.  Most of us will have had similar experiences with exams that we have been told are vitally important to our futures.  On the other hand, my GCSEs weren't like this, and I doubt yours were either.

National Diploma largely follows Joel, a 17 year old market porter who believes that the national diploma is his best and perhaps only route to escaping the drudgery and poverty that seem to form most of his life as we see it.  Coming from a vastly different culture where education is a right provided free of charge for every child there are two major shocks about Congo's education system.  The first is that every pupil has to find the money to go through it and to take the exams that, they are promised, can improve their lives.  The second is both how different and how similar the attitudes to education are across the cultural boundaries.  On the one hand the kids often seem desperate to stay in school, even setting up their own place to study when they can no longer attend school.  You can't  imagine that from many British kids.  That said, these kids are also very typical; always looking for an excuse and a shortcut.  Some of the film's most striking scenes are about the systematic cheating that former students say is essential for passing the exams.

The film is good on the minutiae of exam day (the scenes of the papers being opened are excellent, and not a little funny) and on how the culture surrounding it.  One of the strongest threads in the film relates to the way that Congo's religious culture, both Christian and traditional, plays a part in the build up, with one striking scene involving a preacher blessing the kids' pens.

Where National Diploma falls down is on giving us a handle on exactly how important the exams really are and exactly what they are like.  We're told how hard they are, but we never see a single question.  We hear the kids assumption that passing will improve their lives, but we never see how true that is and how long the effect might be expected to last if it is true to begin with.  These do feel like big gaps in the film's reflection on the exam, and make it hard for a viewer from outside the cultural context to really plug in to the reality, rather than what the kids think about it.  It's an interesting film, but it does feel frustratingly incomplete.
★★★
Posted by Sam Inglis at 09:50