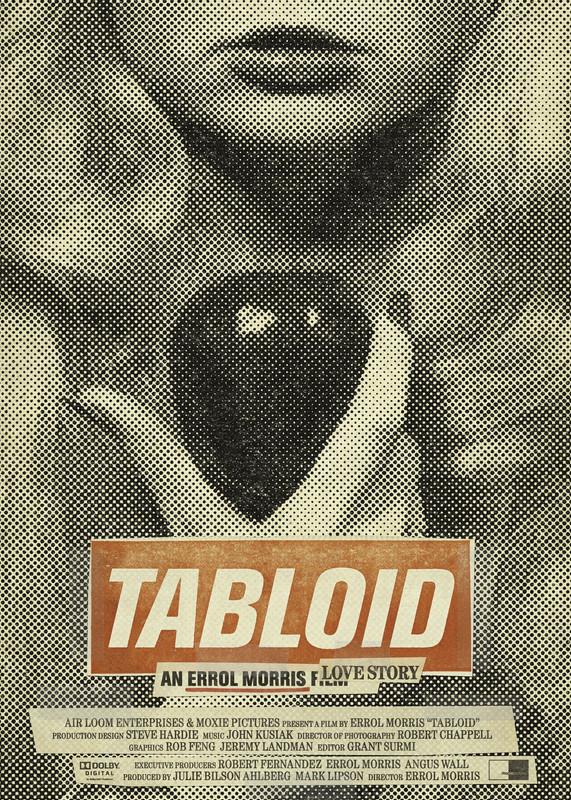 I was frustrated by Errol Morris’ last film, the unedifying Standard Operating Procedure, because it addressed a hugely important series of events (the torture at Abu Grahib prison in Iraq) and only scratched the surface. After that dark work, Morris has returned with a film that tells an extraordinary story, but does so with a lightness that has been missed in his work since Mr Death, and not only is this a return to form and a much more complete work than his last, it may also be his single most enjoyable film.

Tabloid tells the story of Joyce McKinney, a former beauty queen from North Carolina who fell head over heels in love with a Mormon named Kirk Anderson (who, unfortunately, would not consent to be interviewed). Then, one day, Kirk disappeared. Joyce, determined to find him, hired a private detective and tracked Kirk down to England, where he was living and working with the Mormon church. It’s then that things get strange, and unclear. If you believe the stories from the British tabloid press of the time then Joyce kidnapped Kirk, took him to a house in Devon, where she restrained him on a bed and had sex with him for three days.

To tell you much more about the story that comes out of Tabloid would be to spoil the film. As ever, Morris proves a brilliant interviewer, dragging jaw dropping quotes from many of his subjects, especially McKinney, who emerges as a fascinating and complex figure. On the one hand, even in her sixties, she radiates that wholesomeness that suggests the small town beauty queen she once was. On the other much of what she says about the case and about Kirk Anderson in general suggests that she’s more than a little crazy. Whatever you end up thinking of Joyce, and whether you accept her version of what happened with Kirk or not, you can’t deny that her very peculiar energy (and her often unintentionally hilarious turn of phrase) make her a truly engaging teller of this story.

There is also an amusing interview with a Daily Express reporter who covered the McKinney story, and seems to have a particular fondness, even now, for the term ‘spread eagled’. The film talks to only a handful of people, which works to its advantage, by giving the whole a consistent voice. It’s a film that questions Joyce’s story regularly, but largely allows her to tell it. The only question that really feels missed here is a follow up when Joyce says, of Kirk’s account of what happened in that cottage, words to the effect that ‘if you tell a lie often enough, you start to believe it’. I wish Morris had asked her there if that’s what she had done in the past 35 years.

Morris has always made his films truly cinematic, rather than the overgrown TV programmes that many theatrical documentaries can feel like. Tabloid doesn’t go in for re-creations of events like Standard Operating Procedure or depict the various different versions of ‘the truth’ as in The Thin Blue Line, but it’s still presented in a way that feels cinematic and particular to Morris. The film often unfolds, at least outside its interview sequences, like a newspaper story. We see many news clippings, we flip from paper to paper as the film shows us the way duelling newspapers the Daily Express and the Daily Mirror covered the story. Often Morris uses the idea of ‘pull quotes’ – those one or two words pulled from the body of a newspaper story to divide it into sections. So when that Express journalist repeats the phrase ‘Spread Eagled’, it flashes up on the screen. It’s a device that not only makes the film feel like the type of publication it is named for (in form only, the journalistic content is far superior here), it also scores some big laughs.

Despite the seriousness of the initial story, Tabloid is often funny, especially when it reveals how, 30 years after the Kirk Anderson affair, Joyce McKinney ended up in the news again. That said, it’s also a sad film, another of Morris’ many films about eccentric and somewhat isolated people. Whether or nto you remember the name Joyce McKinney from the mid seventies, Tabloid is highly recommended. It’s the best kind of documentary, telling a story so outlandish you wouldn’t believe it as fiction in a way that is completely engaging and entertaining.
★★★★☆
Posted by Sam Inglis at 13:46