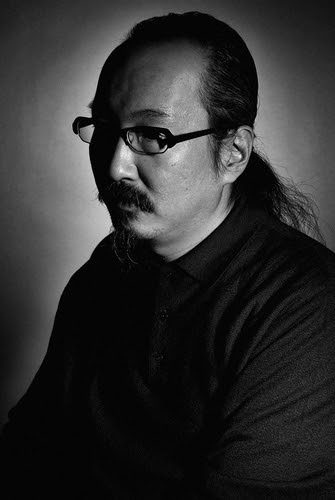 The number of true visionaries making films can just about be counted on the fingers of one hand. Tragically, one of them died on Monday, taken by pancreatic cancer just under two months before his 47th birthday.

After beginning his career as a Manga artist, Kon branched into film in the 90's, first as a screenwriter, and then as a director. His first film, 1997's PERFECT BLUE established many of the themes that would run through his work; dream worlds blending with reality, characters with multiple personalities, celebrity and technology all helped form the backbone of his cinema. What was also notable was Kon's pursuit of a thoughtful adult aduience; much of the adult anime seen in the West is notable purely for its violent and sexual content, Kon brought rounded characters (especially his women) to the fore and put them in genres seldom seen in anime; such as Hitchcockian thriller PERFECT BLUE, Christmas set comedy TOKYO GODFATHERS and the beautiful, elegaic, romantic fantasy MILLENNIUM ACTRESS. His final completed film, PAPRIKA, seemed almost a summation of his themes and interests to date, and with its espoinage story and exploration of multiple levels of dreamstate seems to have been a key influence on Christopher Nolan's INCEPTION.

As much as anything, Satoshi Kon was an artist. His films are genuinely stunning to look at, and often quite unlike other anime, employing techniques and shots more often seen in live action, but also using the possibilites that animation offers to their full potential. He was an especially masterful character designer (look at the way he subtly ages Chiyoko Fugiwara, the lead character in MILLENNIUM ACTRESS, from scene to scene), but each of his films also boasted exquisite, explosive, diplays of animation technique (see some clips below).

Every time a new Satoshi Kon film appeared you could be sure that he would take you to another world. It might be thrilling, it might be touching, it might be confusing, it might be scary, but all of Kon's films are genuinely transporting. Happily we still have one more journey to look forward to, at the time of his death Kon's latest; a children's film called THE DREAM MACHINE was nearing completion, and it will be completed and released.

On Monday cinema became a duller and less inventive place. Other filmmakers will follow in his footsteps, but, sadly, there was only one Satoshi Kon and he's gone now. Let's enjoy the films he's left behind, and try to make sure that others do too.

Note: PAPRIKA appears on my Top 100 films, click the title for the article. PERFECT BLUE will appear further up the list.