Cinematters: A letter to the Culture Secretary

I would never usualy discuss politics on 24FPS, but this is both film related and extremely important. Recently the new UK culture secretary Jeremy Hunt announced the axing of the UK Film Council, like many film fans I was appalled by that decision, and so I've written to Jeremy Hunt about it.

What follows is the full text of the letter I've sent to the Department of Culture, Media and Sport. Please read it through, and let me (and hopefully Jeremy Hunt as well) hear what you think on this subject in the comments. 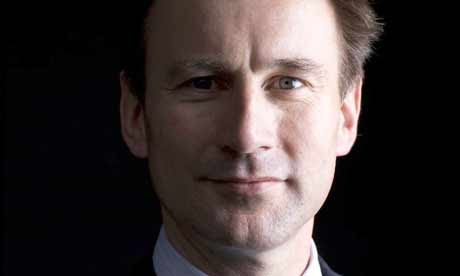 Dear Sir,
First of all, congratulations on your appointment as Secretary of State for Culture, Media and Sport. I am writing to you today in reference to the decisions that you have taken, during your tenure so far, as regards the Government’s role in the British film industry. While I understand the need, in the current economic climate, for cutbacks in all areas of government spending I must say I have been dismayed at some of your decisions.

First came the announcement that the BFI would lose the £45 million that had been pledged by the Labour government towards a new film centre on the South Bank, and £2.5 million which would have helped in making the BFI’s (amazing, one of a kind) digital archive more readily available. These things are perhaps, to a point, luxuries and the film centre would have been situated in an area well covered by cinema screens (though another five screens full of repertory and arthouse films really couldn’t hurt) and so though I don’t support these cuts I can see the argument for making them, especially given that you have left in place promised money for the vital work of film preservation.

The same cannot be said of your decision to abolish the UK Film Council. In your recent Observer article you wrote “Stopping money being spent on a film quango is not the same as stopping money being spent on film”. In principal, absolutely the case. I appreciate that you have also said that you will spend more money on film, and again that sounds fine in principal, but with the axing of the Film Council and nothing announced to take its place, how will those funds be administered? The great advantage of a body like the Film Council, despite the fact that it paid several top executives large salaries, is that it was run by people with years of experience in the film industry, people who have experience of this multi-faceted industry from every angle, and those are the people I want deciding how money is spent on British film.

My concern over the axing of the Film Council begins with what will replace it, and how that body will be made up. Who will now decide which projects get funded? You’ll excuse me if, given Parliament’s track record with film legislation in my lifetime (which has included both the 1984 Video Recordings Act and its restrictive 1993 amendments), I don’t really trust that MPs will have the same willingness as a group of filmmakers to roll the dice on something different and daring. However, my concerns run far deeper than this relatively simple issue of production funding.

As you will know, the UK Film Council is much more than a pot of money to hand out to producers. It has, over the last decade, worked in all areas of our film culture and done much to take interesting films from the UK around the world and bring interesting films from around the world to the UK. Okay, we’re still going to fund British films, but what of the prints and advertising fund which has helped films such as Pan’s Labyrinth, Red Road and This is England find a wider audience? If we sacrifice that or the International Festival Fund: Sales Support or the Export Development side of the Film Council’s operations (none of which I have heard you make any direct comment on) we will not only lose money that would otherwise come back into the British film industry from both our own and foreign box office receipts, but we will have an even more staid and tedious film culture than we have at present. We will become ever more reliant on Hollywood. We will be, in short, financially and culturally poorer.

What, too, of the broader cultural side of the Film Council’s role? The First Light and FILMCLUB initiatives designed to interest young people in cinema and to help them make their first films. If we lose these we lose nothing now, but in twenty years time where will the next Shane Meadows and Andrea Arnold be?

There is, of course, a reason that I am a film critic, rather than a politician or an economist. But it seems to me that there is precedent to say that in the midst of an economic downturn the arts should have some funding priority, that people need them more at a time when their day to day lives are tougher. We live in a climate in which the whole film industry is embattled, the effects of piracy are making producers more conservative, ever more on the lookout for a sure thing and warier of the sort of esoteric films that we need to be making (and that Government ought to take a hand in helping to fund) in order that we don’t end up with a completely Hollywoodised film industry. I love the Harry Potter films as much as the next guy, but we need to keep making films like In the Loop and Fish Tank as well, and they will be the first thing to go if we aren’t careful.

I go to the cinema all the time (over 100 different films so far this year). I want to be able to keep doing this, but I worry that with your decision about the Film Council there will be far fewer movies out there, British or otherwise, to choose from. I hope you will prove me wrong on that score.

P.S. I will be posting the full text of this letter at my website (address below). Please visit the site, as I have invited my readers to use the comment function, and add their thoughts on what I have said here. Many thanks.