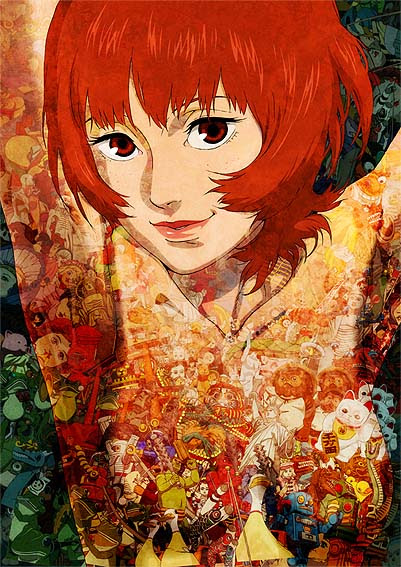 Why is it on the list?
Satoshi Kon draws a lot of inspiration from other filmmakers whose work appears on this list. There are very definite shades of Lynch and Hitchcock in all his work, and here there’s more than a hint of David Cronenberg too. What makes Kon stand out is that, as well as working in a field none of those directors have explored in detail; anime, he takes his many influences and combines them with great artistry into a style that is all his own.

Paprika, like many of Kon’s films, explores multiple levels of reality. It centres on a device called the DC Mini, which allows therapists, including heroine Atsuko Chiba, to enter the dreams of their patients and treat them from within (something Chiba does in the form of an alter-ego; Paprika. However, the DC Mini goes missing, and its misuse results in the walls of reality beginning to break down, the dream world bleeding into the real. It’s up to Chiba, Paprika, and a cop named Konakawa to stop the dream world from swallowing reality whole.

Right from the word go, Paprika is a mind-melting experience. It begins with a surreal dream and from there on it only proceeds to get stranger. Given that our dreams (I’m told, I never remember mine) draw from the world around us it is appropriate that Kon uses a lot of movie references in the dream sequences, both archetypal (see the repeated sequence in which Konakawa shoots someone in the back) and specific (direct visual quotes of, among others, The Greatest Show on Earth and Roman Holiday). That said he also comes up with a lot of imagery that seems to be the result of the director emptying the contents of his brain onto cels. The recurring image of a dream parade is especially striking. However, the dream sequence that sticks longest and firmest in the mind is one decidedly more nightmarish than the strange, but rather fun, parade.

Confronting, in a dream world, the man who has stolen the DC Mini, Paprika finds herself pinned to a table, at which point the man sinks his hand into her and, from the crotch up, as if unzipping it, peels off Paprika’s skin to reveal Dr Chiba beneath. It’s a deliberately disturbing and frankly transgressive image, but like David Cronenberg Kon uses it not purely to shock (and indeed there’s no blood, this being a dream state) but to really ram home the way and the degree to which the layers of reality in the film are beginning to bleed together.

Kon’s design and animation is wonderful. There’s a lovely flow to the movement of his characters, and the design gives each character (including, importantly, Chiba and Paparika) their own very individual personalities. He’s also got an equal knack for a single striking image (a man exploding into a mass of blue butterflies, for example) and for massed action (the parade, which though busy and complex never degenerates into the mess it could easily have become). His sense of timing is also strong, something especially keenly felt in the film’s brilliantly dynamic opening credits sequence.

The acting is sometimes a minor consideration where cartoons are concerned, especially, it seems, in anime, but here too Kon excels, drawing particularly good voiceover work from Megumi Hayashibara as Paprika and Dr. Chiba, for whom she manages to find two very different registers and personalities. This, along with the beautiful animation and often breathtaking filmmaking, conspires to make Paprika not just a visual feast but a genuinely intriguing, exciting and engaging film. Watching any of Satoshi Kon’s films is like diving head first into a whole new world, and it’s and incredibly rich and rewarding experiences exploring the two worlds of Paprika. 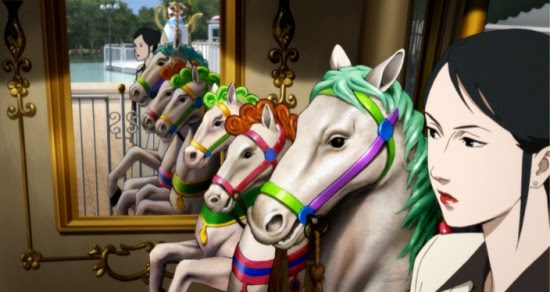 Standout Scenes
Credits
A wonderful, fast moving, credit sequence that does a great job of establishing both character and look at the film’s outset.

Face Off
Paprika’s final showdown with the force causing the blending of realities, boasting some truly strange and arresting imagery.