Chaff: The 20 Worst Films of 2009
So far in 2009 I have seen 173 titles I have counted as 2009 films (that is films that have received a regular theatrical release, a direct to either DVD or TV release or that have been viewed at a UK festival during 2009). The bulk have been seen at the cinema (with a few viewed on DVD or online). Overall it’s been something of a middling year for cinema, with most releases falling between the stalls represented by this list and the list of 2009’s best films, which will be posted soon. That said, there have been some dizzying highs, and, as ever, some dark depressing lows, so join me now as I revisit almost 40 wasted hours.


Runners Up [In alphabetical order]

Alle Anderen
[Everyone Else]

It’s not that I mind films that are low on big events, but this German ‘relationship drama’ is powerfully tedious in its absolute dedication to making sure that, for two hours, nothing happens aside from a couple of boring, unpleasant people being petty and mean to one another. The performances are laughable, and the script, though it thinks itself incredibly insightful, has nothing to say and spends far too long saying it.

Away We Go
Sam Mendes’ little palette cleanser, a quirky road movie comedy about a couple trying to find somewhere to call home as they await the imminent arrival of their first child, is perhaps the smuggest film of the year. From the self-satisfied, caricature laden, screenplay to the ‘look at meee’ performances of the usually excellent likes of Maggie Gyllenhaal and Alison Janney to the perma-irritating, myspace reject, singer-songwriter soundtrack, every single aspect of this movie grated on me. Smug, unfunny, unedifying and a real step back for a fine filmmaker.

“BE OFFENDED”, bellowed Gaspar Noe, for 160 minutes.
“No, Gaspar”, I replied. “Enter the Void isn’t offensive, Gaspar, it’s juvenile. It’s as if you decided that IRREVERSIBLE wasn’t extreme or shocking or difficult enough to watch, so you’ve decided to make the camerawork in your latest film as grating and annoying as possible and you’ve decided to spend every minute goading us into being shocked”.
“But it’s saying something, it’s about the circle of life and death”
“Bollocks. That’s what you’d like it to be about, but anything you may have had to say drowns in a sea of pretension, and your final point, your final shot, is so stark staring obvious that only a moron couldn’t see it coming an hour ahead. Grow up, Gaspar.”

Fantastic Mr Fox
Oh, great, it’s a Wes Anderson family comedy drama, complete with existential jokes, thinly veiled swearing (Cuss you too, Wes) and lots and lots of angst, except it’s got animated foxes, so it must be for kids. Anderson’s first foray into stop motion boasts jerky animation that can’t even stand up to the 1933 King Kong and an unbearably smug leading performance by George Clooney, but worse than that it’s no fun and utterly fails to capture the cheerfully anarchic and very peculiarly English flavour of the work of Roald Dahl. A dismally failed attempt to adapt a fine book. 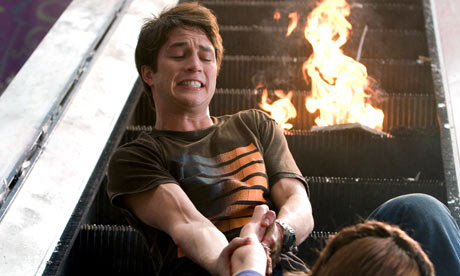 The fourth instalment in the horror franchise made the visual leap to 3D, but as it did everything else was flattened out. The character writing was pathetic, the acting dismal and the death scenes were laughably poor, with atrocious CGI popping out of the screen at every possible opportunity. It’s a shame, because this series had previously circumvented the law of diminishing returns.

Funny People
(Un)Funny People was not just largely mirthless, it wasn’t even really a film. This is Judd Apatow’s $70million home movie, an excuse to assemble a bunch of his mates and his own children in front of a camera and mess around for two and a half unfocused hours. Apatow’s storytelling is broken; there are two films here - both uninspired at best and boring at (frequent) worst. It’s a film made by someone so in love with what he’s doing, and the people he’s doing it with, that he can’t conceive of how powerfully dull it is if you aren’t in the club.

The Haunting in Connecticut

The Haunting in Connecticut is less a movie than it is a digest, it plays like a clip reel, showcasing all the worst bits from all the worst, cheapest, dullest, most by the numbers horror hackery that has followed in the wake of fine films like Ringu and The Others. The scares occur exactly when and as you expect them to (and, just in case this is the first horror film you’ve ever seen, or you happen to be a moron of titanic proportions, the score will let you know when they’re coming). The performances are pretty risible, with Kyle Gallner (who is in 2010’s Nightmare on Elm Street) embarrassing himself with a performance so wooden that if you rub two of his scenes together for long enough, they might make fire. However, it all comes down to this. We’ve seen this movie, many times, and it was almost always better than this.

Jetsam
This £2500 British thriller starts off promisingly, but after a strong, dialogue free, opening, descends into risible plotting and a miasma of technical faults from poor lighting to a camera that simply doesn’t have good enough resolution to bright pink ‘blood’. Worst of all, this thriller is entirely thrill less, because any suspense that might be generated is undercut by the terrible performances (particularly by The Descent's Alex Reid) and the shoddy technique. You won’t have to work hard to avoid this one, but I recommend you do so anyway. 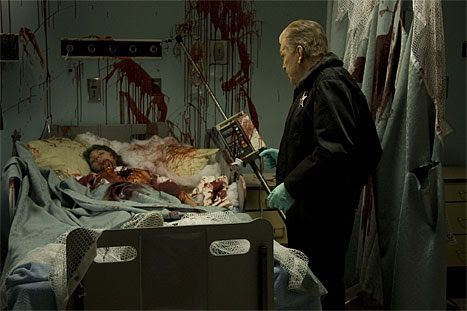 This remake of the not especially well known or regarded 80’s slasher plays like the straight to video rubbish that litters the resume of its director, Patrick Lussier. The acting by cast of attractive young things like TV’s Jensen Ackles, Jamie King and Kerr Smith is an embarrassment to cinema, hell, it would be an embarrassment to porn videos, but that’s to be expected. The killer is the absolute predictability of the film, as well as the fact that Lussier shows no imagination in the use of his 3D effects, which look patently fake and add nothing but poor CGI to the film.

Religulous
Only one filmmaker has two films on either my best or my worst list this year (and Steven Soderbegh had four released). Step forward Larry Charles, the small cinematic mind previously behind the camera for Borat prior to joining forces with not very funny comic Bill Maher for this craptacular ‘documentary’. The problem is that Maher disdains religion, but his film is one long sermon. He suggests that all religion is stupid, but refuses to engage intelligent believers. He lines up against all the bad things religion is part of, but never looks at its good works. This is a fundamentally dishonest film, and were I not an atheist I’d have been even more offended by its cheap tactics and low journalistic standards.

I've had to put the Bottom 10 in a seperate post, which will be up in a few minutes.
Posted by Sam Inglis at 11:55