Just a few mini-reviews this time, because there’s really not a massive amount to say about these movies. 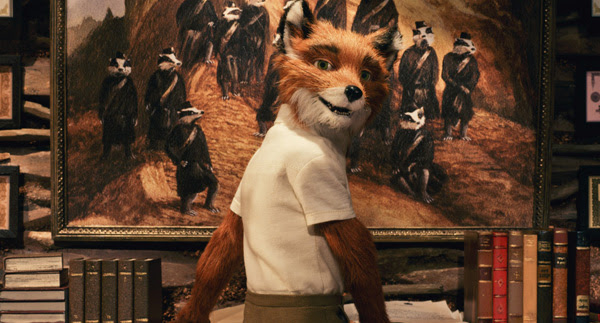 Catastrophic Mr Fox. Wes Anderson’s Roald Dahl adaptation feels nothing like its source. The very peculiarly English wit of Dahl’s prose is stripped out, as is the way that Dahl spoke to both children and adults. What we get instead is a Wes Anderson film with stop motion animated animals. The characters all talk like they are in The Royal Tenenbaums, and while that style is fine for The Royal Tenenbaums it just doesn’t work with Fantastic Mr Fox.

Adding to the pain is the animation. It’s supposed to be charmingly lo-fi, but it just looks slapdash and inexpert. George Clooney’s Mr Fox is one of the most exquisitely punchable characters in film this year. Clooney is just unbearably smug in the role, and his trademark ‘whistle, click click’ made me want to write to my MP and get the ban on fox hunting repealed. Anderson never caters to Dahl’s core audience of children. The animation, the tone of the jokes and the soundtrack (Beach Boys, Rolling Stones and a painfully self-conscious Jarvis Cocker cameo that stops the film dead) are all clearly aimed at an audience of adult Wes Anderson fans.

Fantastic Mr Fox is an insult to a great book and a great writer, and I very nearly walked out.


MICHAEL JACKSON'S THIS IS IT [PG]
DIR: Kenny Ortega

This Is It is fascinating for about 20 minutes, that is for the time in which it is a documentary exploring the behind the scenes goings on at rehearsals for Michael Jackson’s ill starred intended 50 night residency at London’s O2 arena. Sadly another 90 minutes are given over to a facsimile of what the gigs might have been like, only because this is rehearsal footage MJ (as everyone calls him) is not working at his full potential.

The band are absolutely awesome, each member is a virtuoso in their own right, and they gel into an incredible unit whose interpretations of the songs give Jackson an exceptional backing with which to work. This makes it all the more sad that the Michael Jackson we see here seems so diminished. There are a couple of brief moments when he seems to be on, and his dancing is still genuinely awe inspiring, but there are some painfully bad vocal performances. The Jackson 5 medley in particular was like listening to fingernails being dragged down a blackboard in my soul.

The only time this film approaches the magic you’d hope the concert would have delivered in Thriller. The sad thing is that I don’t for one second believe that the Thriller vocal isn’t dubbed in straight from the album. This is a sad epitaph for a strange but undeniably talented man.

For someone as famous as she has become we’ve actually seen very little of Megan Fox. Transformers, a brief role in How to Lose Friends and Alienate People and Transformers 2. Jennifer’s Body is her first chance to prove she’s more than a ‘pretty’ face (I still am REALLY not on board with the whole idea of her being attractive). Look, I know I’ve been rude about her in the past, but really, nothing would make me happier than to have to eat those words. It didn’t happen. Fox comes up ludicrously short. She speaks her lines well enough that we can understand them, but that really is about it, expression is nowhere to be found.

The faults, though, begin with Diablo Cody’s script, which reveals her as a real one trick pony, and the quirky teen dialogue has lost what charm it had in Juno, perhaps part of the problem is that Fox and Amanda Seyfried seem much older than Juno’s Ellen Page and Michael Cera and so Cody’s self-consciously hip words don’t really fit in their mouths. That’s just the surface though, and the problem is deeper. The characters are cardboard cut outs, all of whom share the same voice and - criminally - the film just isn’t scary.

The one thing that will make the (male) audience sit up and pay attention is the kiss between Fox and Seyfried (who, to her credit, is pretty good here, despite having little to work with). They do it with gusto, and while it arises out of nothing it is pretty sexy. Sad, really, that that’s the most memorable thing in the film. 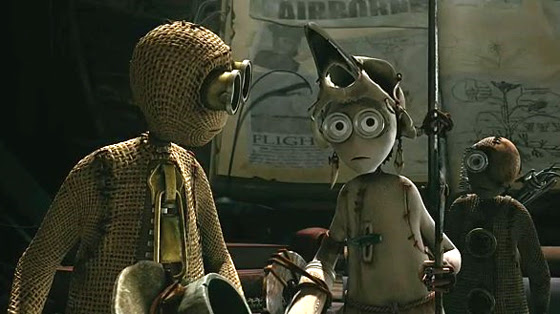 You can tell that Shane Acker’s debut was expanded from an (Oscar nominated) short, because that’s clearly where the story belongs. Even at just 75 minutes this tale of ragdolls who have become the last inhabitants of a post-apocalyptic world is ludicrously overstretched. There’s a decent vocal cast, but sadly they are mostly wasted. The bulk of the dialogue goes to the ever bland Elijah Wood as idealistic youngster 9, leaving such interesting performers as Jennifer Connelly, Martin Landau and Crispin Glover (whose entire role amounts to FOUR lines) with little to do. This also means that there is little investment in the story, the characters are just ragdolls, and they never really became more than that for me. I don’t think of Woody and Buzz Lightyear as toys while I’m watching Toy Story, they are Woody and Buzz; living breathing three dimensional entities whose hopes and dreams I care about. 9’s characters are forever numbered ragdolls created by a computer.

Even the action scenes are a snore (almost literally, it really was a struggle to stay awake), and the fact that the film looks so very drab - all blacks, browns and greys - is little help. I didn’t hate 9, it’s not really interesting enough to evoke that kind of emotion in me. I nothinged it, which may be worse.
Posted by Sam Inglis at 19:36