Back in 1992 this must have looked like the future. In 2009 though, with Virtual Reality a thing of the long forgotten past, and digital effects so sophisticated that they are often invisible, The Lawnmower Man is as dated as if it were silent. Dated doesn’t always mean bad, but make no mistake, The Lawnmower Man is all sorts of bad. The central idea (using Virtual Reality to unlock hidden potential in the human brain) is ludicrous enough, but its wedded to a genuinely awful script and hilariously bad performances from Jeff Fahey and Pierce Brosnan, who lets his stubble do the acting here. Funniest though are the VR sequences, which are so blocky that you can’t help but giggle at them, and so ugly, due to the hideous colour scheme, that your eyes may vomit.

At 138 minutes this comedy is a bit overlong, and suffers from a sag in the middle. That said Wilder and IAL Diamond’s screenplay is as sparkling as ever and Jack Lemmon and Juliet Mills (who, whatever the film says, is not fat) are both excellent as the American Man and English Woman who, on going to pick up their respective Father and Mothers bodies in Italy find themselves re-enacting their parents affair. It’s light, fluffy, and silly, but its also a good deal of fun, and often laugh out loud funny.


THE BABY AND THE BUDDHA
DIR: Nati Baratz

Another strong film from the Storyville strand. This one tells the story of Tenzin Zopa a young Buddhist monk who, after his master (with whom he has lived for 21 years) dies is tasked with finding his reincarnation. It’s a fascinating story, given real life by the extremely engaging figure of Tenzin Zopa, and his obvious emotion at both the loss of his master and at being given this important task. When he finds the 18-month-old boy that he believes to be the reincarnation of Lama Conchog the film becomes even more engaging, as it chronicles Zopa’s growing affection for the boy and the emotionally wrenching process of separating the child from his family. It’s a lovely film, and you should click the Storyville link in my links list and watch it. 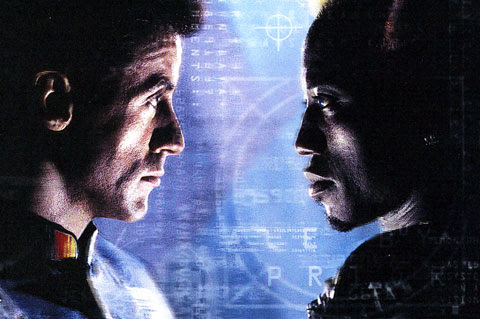 One of the most underrated and entertaining action movies of the 90’s. Demolition Man has all the great action beats you could wish for, with dynamic if often completely barmy shootouts and explosions generously sprinkled throughout the film, but it’s also a good deal smarter than most action movies. Like Robocop before it Demolition Man is as much a satire as it is an action movie, with its setting of a ‘utopian’ San Angeles mined for endless laughs. The performances are strong too with Sylvester Stallone doing some of his best work, Wesley Snipes having enormous fun chomping the scenery and Sandra Bullock showing a spunk and a charm sorely missed in her more recent work. Highly recommended. 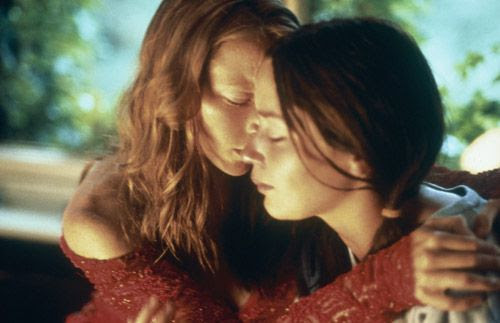 Pawel Pawlikowski takes his time between making movies, but then, if they’re all going to be as good as this one and Last Resort are, he can take as long as he likes. My Summer of Love is an almost dreamlike tale of an intense relationship between two teenage girls. Pawlikowski’s economical but expressive style brings the story to visceral life, as he draws fine performances from his cast, in particular Londoner Natalie Press, sporting a completely convincing Yorkshire accent as Mona, and Paddy Considine, giving an intense portrait of a man desperately trying to rein in the worse aspects of his nature as her born-again brother. It is an interesting film to rewatch, because its nature changes when you know how the film ends, and I can’t imagine you not finding it worthy of that investment of your time.

An 18 rated, gore drenched, horror rock opera? Sign me up. Repo is one of the odder films I’ve seen of late, and though I thought it was either going to be total brilliance or utter bollocks it ended up, by nature of its rather bitty structure, being hit and miss. There are a couple of very strong songs (Generally those featuring Anthony Stewart Head or Sarah Brightman), and enough general madness to keep the movie relatively engaging. Sadly though there are too many poor singers, notably Alexa Vega, whose thin and tuneless voice is not suited to her lead role at all and Paul Sorvino, who just needs gagging and too much insipid music to allow the film come close to consistency. There are some nice surprises though, it looks great, even if the low budget is sometimes detectable Darren Lynn Bousman does a decent job creating a Sin City type look for the movie and Head is tremendously entertaining. It also bear mentioning that, judging from her role here, Paris Hilton either has no concept what irony is, or has the best developed sense of irony in America, I’m not sure which.

This British rom-com about a young man (James McAvoy) whose dream is to be on University Challenge finding himself torn between two girls (Rebecca Hall and Alice Eve, we should all have such problems) is totally formulaic from first frame to last. However, it’s also very well executed. The cast is charming, the script feels fresh and is funny and moving and the characters are genuinely lovable. You’ll know exactly where it’s going in the first twenty minutes, but you’ll be rooting for McAvoy so hard that you won’t care. A film that gives genre a good name. 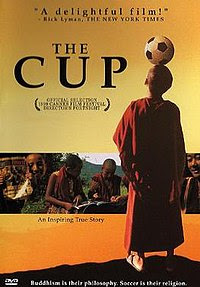 Khyentse Norbu is an unusual film director; he comes not from film school, not from a video store, but from a monastery. Norbu is a highly revered Tibetan lama, the recognized reincarnation of a Buddhist master. He also, no this evidence, is a talented filmmaker. Based on true event The Cup tells the story of a group of young monks who will go to any lengths to be able to see the 1998 world cup on television. Norbu, using a non-professional cast and strikingly beautiful wide screen imagery, juxtaposes the contemporary concerns of the young novices with the old, old traditions of the monastery to both moving and comic effect. It’s a little insubstantial, and the performances are clearly non-professional, but this is a wonderful showcase for Norbu as a director, and an interesting insight into a society unknown to most of us. 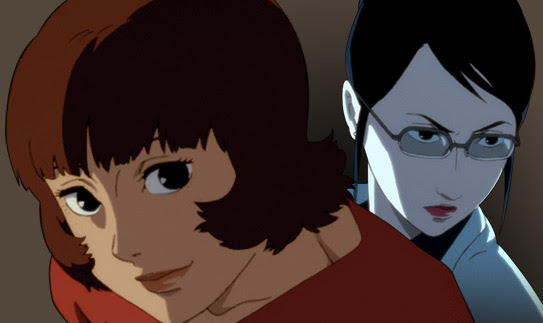 Visionary anime director Kon continues to excel himself with his fourth great film on the trot. This mind-meltingly surreal tale of dreams and reality blending when an experimental therapy machine is stolen might be his best. It’s certainly his most beautiful film, with barely a frame going by that doesn’t have some jaw dropping detail. It’s also a highly intriguing and entertaining film, the barrage of unusual moments keeping you forever on your toes and, as ever with Kon’s work, the character writing and performance is outstanding, the film always connecting emotionally despite its surrealism. Paprika requires your concentration and engagement, but it repays them many times over.

On the subject of war Black Hawk Down possesses all the depth and insight of an evaporating puddle of stagnant water. On top of that, this collection of all the most overworked clichés of the war movie is unspeakably boring. At least two thirds of the film’s running time is taken up in a seemingly endless fire fight, which, swiftly descends into both nonsense and tedium, becoming little more than and endless succession of LOUD NOISES. That’s really the final analysis that Black Hawk Down gives us, war is loud, cliché and, above all, simplistic – with the Americans the purple hearted good guys and everyone else various stripes of villain.

If she’s not, in fact, the finest actress of her generation then Isabelle Huppert certainly ranks in the top three, and here again demonstrates why that’s the case. She’s simply astounding as the Mother whose 9 year old son announces out of the blue that he wants to go back to his real mother, supplying the address of another woman (Jeanne Balibar) whose son, who would have been the same age, died two years previously. It’s a fascinating film, with a tone that fluctuates between thriller and ghost story. The performances are excellent all round, with Huppert and young Nils Hugon impressing in particular. The ending isn’t quite the revelation you might want it to be, but overall this is an intriguing and enjoyably tense film.

A strange choice for Norton’s directorial debut, perhaps, but for the most part this light rom-com about a priest (Norton) and a rabbi (Ben Stiller) who fall for the same girl (Jenna Elfman) is a little charmer. The central cast is excellent, with Norton showing an unexpectedly light touch both in front of and behind the camera, and drawing fine, funny performances from Stiller and the usually irritating Elfman. The third act falls down a bit, because it becomes more serious, and, as it approaches the two-hour mark, begins to outstay its welcome. Still, this is a largely charming genre piece, and bodes well for Norton’s directorial career.
Posted by Sam Inglis at 08:24