I’ve been meaning to review a greater proportion of the movies I watch, but I really don’t have the time or the energy to write full-length reviews for everything (and, really, I can’t see you guys sticking around for anything up to 15,000 words in one post). So here’s a compromise. Every Monday morning I’ll post mini-reviews of every film I see during the preceding week, assuming I haven’t previously reviewed it for the blog, or am not doing so for some other post. The films are listed, as in regular review posts, in viewing order.

Director Joe Wright, whose first film this was, is clearly an estimable talent. Pride and Prejudice, like his subsequent Atonement, is stunning to look at. Wright films the English countryside beautifully, and uses the camera with deft assurance, especially in the long steadicam takes in which he moves us about the characters’ world. The script seems, from what little I know, faithful at least to the general story of Austen’s novel, and uses much of its dialogue verbatim. The performances are a mixed bag. Keira Knightley made me wonder if the film was shot, at least largely, chronologically, because she takes a good half hour to really get a hold on her performance, but once she does her Elizabeth Bennet is agreeably feisty and well performed. The standout is Rosamund Pike, whose gentleness and stunning beauty are ideally suited to Jane. The biggest problem is Matthew MacFadyen, who is handsome, but a bland and uninteresting Darcy. Overall Pride and Prejudice may be the favourite novel of many, but this version, despite its strengths, will be the favourite film of very few. 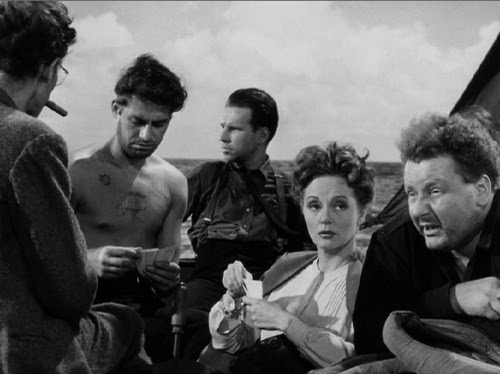 This may not be Hitchcock’s finest hour, but that is only a testament to how great a filmmaker he really was, because Lifeboat, despite its extremely limited setup, is a genuinely tense, thrilling and involving 90 odd minutes. At times it plays like 12 Angry Men (though it predates that masterpiece), with long conversations about assumptions made when a group of Americans, whose ship is destroyed by enemy fire, find that a German has climbed aboard their lifeboat. Hitchcock uses his camera extremely cleverly, shooting much of the film in close up to accentuate the claustrophobia, and drawing a set of excellent performances from his small cast, all of whose characters are quickly established, and then slowly and expertly stripped down. A lesser work, perhaps, but still recognisably that of a genius. 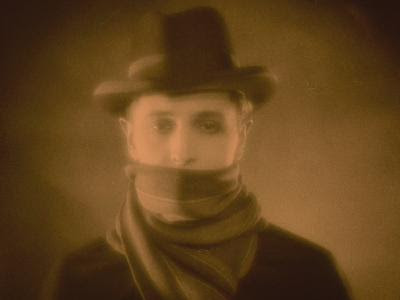 The man himself called this “The first true Hitchcock movie”, and this silent thriller based on the Jack the Ripper murders (then just 40 years old), certainly deserves that title. It’s got an early Hitchcock Blonde, a wrong man plot, the first of Hitchcock’s cameos and much more besides. The film doesn’t hang together brilliantly viewed today, mainly thanks to the very dated performance style, which is so pantomimic as to be comical, but as an insight into Hitchcock’s growing prowess as filmmaker it is rewarding, and features several extremely striking sequences. The Lodger’s (Ivor Novello, wearing more make up than The Cure’s Robert Smith) arrival is brilliantly chilling, as is Hitch’s use of light and shadow. The use of a glass floor, showing The Lodger’s feet as he paces up and down above the main characters is also excellent; and innovative substitute for sound, and as much as The Lodger owes to German expressionism it also seems to have immediately influenced other films, notably Fritz Lang’s M. 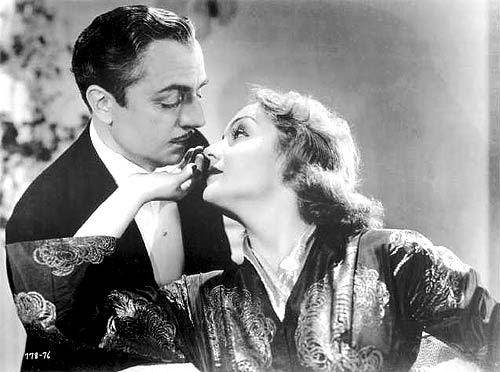 I love screwball comedy, and this is a wonderful example of the genre, as Carole Lombard meets down and out William Powell, only to hire him as butler to her crazy family, and promptly fall in love with him. It is, like most screwball comedies, utter nonsense, and completely dramatically unbelievable, but that doesn’t matter in the slightest. My Man Godfrey is charming, romantic and, most importantly of all, bust a gut funny. The whole cast is wonderful, but Powell certainly stands out as Godfrey, though even he ends up somewhat overshadowed (in a good way) by Carole Lombard. I haven’t seen enough of Lombard’s work, but if she’s always this funny, and this perfect in her comic timing, then I really must see more. The script, while conforming to its genre, is more inventive than that for most romantic comedies, and achieves the rare feat among genre entries of being both romantic and funny. 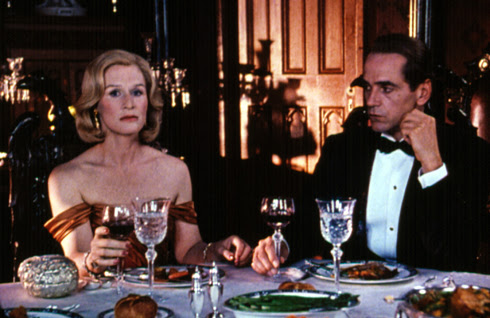 Jeremy Irons won an Oscar for his frankly mannered and stilted performance as Claus Von Bulow whose appeal against a conviction for the attempted murder of his wife Sunny (played by Glenn Close, who is by turns monotonous and so over the top that it’s funny) this film chronicles. It’s schematically put together, but watchable on a few levels. First of all the story is legitimately fascinating, as is Von Bulow as a character - the film never really decides if it thinks he was guilty or not and secondly, though the leads aren’t great, there is a clutch of fine supporting performances from a quality cast. Ron Silver is excellent as Von Bulow’s lawyer, and his team (including a young Felicity Huffman) all also acquit themselves well.

A feature length entry in American public television’s science series Nova, this film certainly betrays its origins; through the broad and sometimes repetitious telling of its story, through a dreadful voiceover and through embarrassingly low production value trial reconstructions. That said, it is a genuinely fascinating film, about a subject that continues to cause controversy. It tells the story of a lawsuit filed by residents of Dover Pennsylvania to stop the school board from introducing textbooks proposing Intelligent Design as a scientific alternative to the theory of evolution into their classrooms. The film examines the issue carefully and in depth, never ridiculing either side of the argument or indulging in hyperbole. It could be better put together, but this is worth seeing. 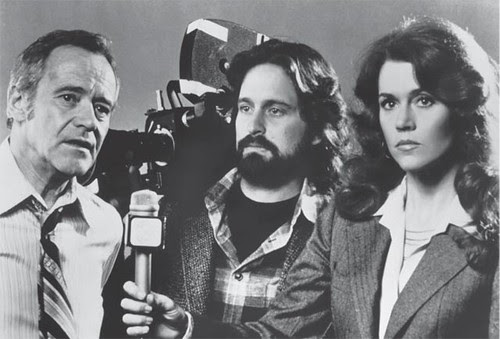 What begins as a smart, plausible thriller with a compelling and frightening premise sadly undoes a lot of its good work in its last 45 minutes. The performances of Jane Fonda, Michael Douglas (who also produced) and especially Jack Lemmon are consistently strong, but in its third act the film’s script begins to slip. Where it was previously sober the film becomes more outlandish, particularly in the climactic scene which, good as Lemmon is, just doesn’t feel plausible for his character. This is also the point at which the film (about the cover up of an accident at a California nuclear power plant) starts to become heavy-handedly preachy. What it has to say remains relevant even now, but you wish it had left the speeches to the activists and continued to put the emphasis on being a strong political thriller rather than an obvious political statement.

A great premise - the real life Jean Claude Van Damme gets caught up in a hostage situation - is sadly wasted in this Belgian production. You can’t deny the cleverness of the idea of essentially saying that, when he’s not in a movie, even an action star can’t save the day, but Van Damme just isn’t actor enough to carry the film off. It relies on its star’s ability to emote (because the action is limited to an excellent opening sequence, which unfolds in a single 3 minute take), and he doesn’t really have that ability, at least on screen. Even in French he’s a stilted and unimpressive actor, and when he gets a long, self-justifying monologue towards the end of the film you really just want him to shut up and kick something. There’s one nice touch at the end of the film, this being one of the few films of its type that has ever forced its leading character to deal with the consequences of his actions, but that’s rather too little and rather too late for this disappointing movie, which feels like a long haul, even at under 90 minutes.
Posted by Sam Inglis at 00:53