Cinematters :The 10 Commandments of Filmmaking

And the Lord saw some movies, and lo he did look upon them with disdain, and great sadness, for they were bad. And the Lord said 'I shall send forth ten commandments, for my people deserve better movies'. And the angel of the Lord did descend with these commandments, and filmmakers obeyed, and there was much rejoicing.

THOU SHALT COMPLETE THY SCRIPT BEFORE DECIDING ON THY RELEASE DATE 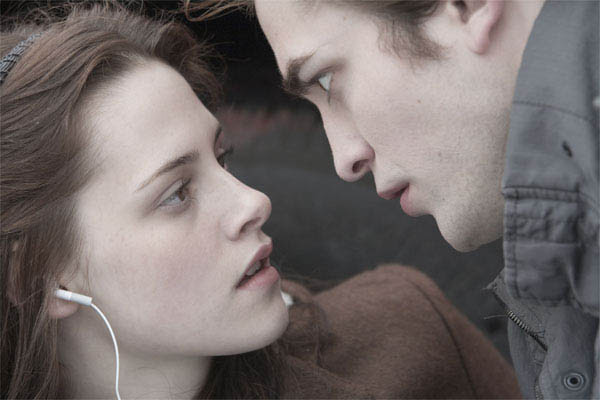 The curse of Hollywood right now, the thing that probably ruins more movies than anything else, is the practice of setting a film’s release date before pre-production has even really begun. Just look at the cretinous Saw films, of which the sixth (!) will be assaulting audiences this coming Halloween. With a production cycle of just a year there is no time with these movies to develop the script, a fact borne out in the steadily less impressed reviews each entry has received. The same problem recently graced Twilight, a film written in six weeks (quite possibly by an illiterate chimp), and will surely show up in its upcoming sequel New Moon, which is about to go before cameras for a late November bow. Now, I’m not saying either of these films were ever going to be high art, but they should be better, and a sensible amount of time set aside for writing would REALLY help with that.


THOU SHALT STOP GIVING JASON FRIEDBERG AND/OR AARON SELTZER MONEY
They made Date Movie, and that was bad enough; so spectacularly bad that it felt like somebody had discovered the direct antithesis of ‘funny’ and put it on screen for 80 odd torturous minutes, 80 minutes in which it felt like the film was eating your soul with a rusty spoon. And then it got worse. Epic Movie; Meet The Spartans; Disaster Movie. These guys make the Wayans brothers look like the Marx Brothers. They make Ed Wood and Uwe Boll look like Stanley Kubrick and Steven Spielberg. They have to be stopped, all three screens of Hell’s Cineplex can now be filled with their excremental product, so they’ve served their purpose, please stop letting them near typewriters and cameras.


THOU SHALT END THY MOVIES WHEN THE STORY DOTH END, NOT TWENTY MINUTES HENCE 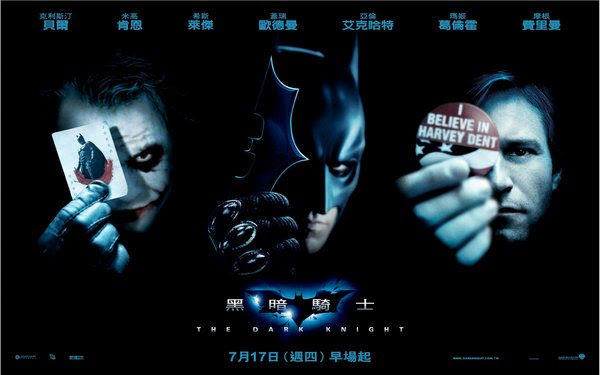 Of all the many things I disliked about The Dark Knight the one I most objected to was the entire Two Face storyline. Harvey Dent’s story was built up slowly for two hours, then he was transformed, setting up the villain for the next installment, now that Batman had, for now, dealt with The Joker. Well, that’s what you’d think; instead Christopher Nolan bolts the entire Two Face movie on to the back end of this one, creating a rushed and redundant half hour that feels like another movie entirely. This problem also afficted the last of the Lord of the Rings films; Frodo has spent 9 hours (9!) of screentime walking to a mountain so he can drop a ring in it, he gets there, drops the ring in, end of movie. Oops, there’s 25 minutes and six endings to come. Almost everything I see these days would benefit from losing 10 minutes, at least, from its tail end. When the main thrust of your story is over, so is your movie, just roll the credits.


THOU SHALT ASSUME THAT THINE AUDIENCE HATH THE CAPACITY FOR RATIONAL THOUGHT
Not everyone is a genius (I’m certainly not), but we do all have brains, and most of us, on occasion, like to be allowed to use them. Almost nothing from Hollywood asks anything of us. The worst culprits are this new breed of ‘comedy’ whose most prevalent jokes are cruelty (Borat), balls and swearing (Step Brothers) or pop culture references, signposted for the functionally retarded (pick a Friedberg/Seltzer film). Even films that seem like they might ask you to think tend not to, look at Tom Cruise’s recent ‘political’ twosome of Lions for Lambs (three filmed lectures, gosh, thanks) and Valkyrie (which skips over any actual substance to be an efficient, but generic, thriller). What ever happened, also, to slashers where the killer actually turned out to be someone you hadn’t suspected from the second he or she appeared (the last may well have been Saw) You don’t have to lay everything out for us, you don’t have to tie up every loose end, we want to think, and to talk about movies after seeing them, and perhaps even during them.


THOU SHALT CEASE TO FEAR SUBTITLES You know what, Hollywood, most of us, as well as being able to think, can read. You know what else, there’s a whole world of brilliant actors out there. So, if you’re telling a German story, set in Germany, in a film starring German actors, based on a German book you might want to allow the characters to speak GERMAN. Just a thought. Another thing, just because a film is in ‘foreign’ does not mean that it needs to be remade in order to appeal to an English speaking audience. Pan’s Labyrinth crossed over, and that’s got loads of dialogue, almost everyone who has seen it (lots of us, by the way) loves Amelie and I don’t need to tell you how well the likes of Crouching Tiger Hidden Dragon, Hero and The Passion of the Christ went over at the box office. So, cancel the remakes of Let The Right One In, Martyrs and The Orphanage (yes, us horror film fans can read too). One final thing, stop mis-selling foreign language films by giving them silent trailers. The only people a subtitled trailer will put off are those who, if they end up attending the film will walk out, loudly complaining, when the first subtitle comes up. I don’t need them, and, since they'll be getting their money back, nor do you.


THOU SHALT BUY AND RELEASE GREAT MOVIES
The fact that the studios constantly pump a river of shit into cinemas would be understandable if there weren’t great movies out there to be had. But there are, masses of them. Every day there’s a film festival somewhere that’s showing something amazing, and most of them we’ll never hear of again, because the studios are too gutless to pick them up or, even if they do purchase them, give them a cinema release of any real consequence (if they release them at all). Over the years I’ve seen some amazing films at festivals and online that are presently (and likely will remain) awaiting a UK release, for example: A Moment of Happiness, Rain, Exhibit A, April Snow, The Daisy Chain, Everybody Dies But Me, Grace is Gone, Gardens of the Night, The Heart is a Dark Forest. I could go on, but I’m depressed now. The point is this; these films are unreleased, but The Number 23 came out, so did I Am Legend, and Spider-Man 3. We’re culturally poorer for these decisions. Give people a choice and, yes, most will head for the blockbuster, but those who see the small, distinctive films will do so faithfully, and thank you for them.


THOU SHALT FINISH THY SPECIAL EFFECTS BEFORE RELEASING THY MOVIE

Even if your movie is a piece of shit, shouldn’t you at least respect your audience enough to make it a finished piece of shit? Apparently not, at least not if you’re the makers of The Mummy Returns, whose laughable, half finished, Scorpion King was jeered in cinemas, and then wasn’t even fixed for its DVD release (because, said director Stephen Sommers, there didn’t seem to be any point – that’s the spirit Steve). It happened again recently with terrible Will Smith vehicle I Am Legend, whose monsters seemed to be missing several layers of texture mapping, and were so poorly integrated into shots as to be hilarious. Other effects work may be finished, but it can often be stunningly poor, even when it’s key to the film – just look (or don’t) at the recent My Bloody Valentine 3D, you can bet James Cameron won’t be releasing Avatar in December if it still looks that shitty, and that is as it should be.


THOU SHALT HAVE A GREAT POSTER, AND THENCE NOT REPLACE IT WITH AWFUL DVD ART
A great poster can be a piece of art all on its own. A striking image that gives a flavour of the film, helps sell it and, in the best cases, ends up on movie fans walls, it can become iconic shorthand for the movie itself, so why, so often, does it now get replaced with a set of floating heads, or a couple of unrelated images? Look at The Reader, a fine poster, with Kate Winslet in the bath, the DVD an expanse of white with Winslet in the top half and Ralph Fiennes in the bottom. Or Zodiac, whose foreboding image of the Golden Gate Bridge was desecrated on DVD by the floating heads of Jake Gyllenhaal, Robert Downey, Jr and Mark Ruffalo (though the Director’s Cut has stunning art). Then there are those covers that look like Photoshop experiments gone hideously wrong – Real Genius being one of the most reviled. Yes, we all buy DVDs for the film, but it certainly helps if the cover is something we’ll enjoy displaying, especially if the poster was.


THOU SHALT NOT SUMMARISE THY MOVIE IN ITS TRAILER

I try not to watch trailers any more, because by the time most of them are over you’ve already seen the movie. Just in the last few weeks I’ve had this problem with the trails for the new version of Last House on the Left, which even gives away exactly who lives and dies, and how this movie differs from the original, and The Young Victoria, which really does feel like a summary. Comedy trailers are another sort of summary; they’ve started to be a digest of all the best jokes in the movie (which says a lot about the awful state of comedy). The worst trailer I’ve ever seen was for What Lies Beneath, which gave away the film’s big twist, completely robbing the film of its (limited) point. These days I have to just attempt to ignore trailers, perhaps it’s because I’ve seen too many movies and it’s easy to extrapolate the rest from a taster, but however many films I’ve seen I shouldn’t be able to tell you every twist of a thriller after two minutes.


THOU SHALT NOT MAKE DIRECT TO DVD SEQUELS
Hooray, belated sequels with none of the original cast and crew involved, that’s what we want. Or not. Honestly, does the world need three terrible direct to DVD American Pie films, two sequels to the already crappy Mimic, or three to Bring it On, a premise that barely sustained one film? John Lassetter had the good sense to shut down Disney’s dedicated unit, which had been producing follow ups to The Little Mermaid, Beauty and the Beast and Lilo and Stitch among others, but other studios are ramping these kinds of productions up, with sequels to Donnie Darko and Legally Blonde just a couple of the incoming titles. I’m baffled as to who watches these, and why, because I’ve never heard a good syllable about any of them. There’s enough uninspired garbage out there, why add this lot?
Posted by Sam Inglis at 19:00