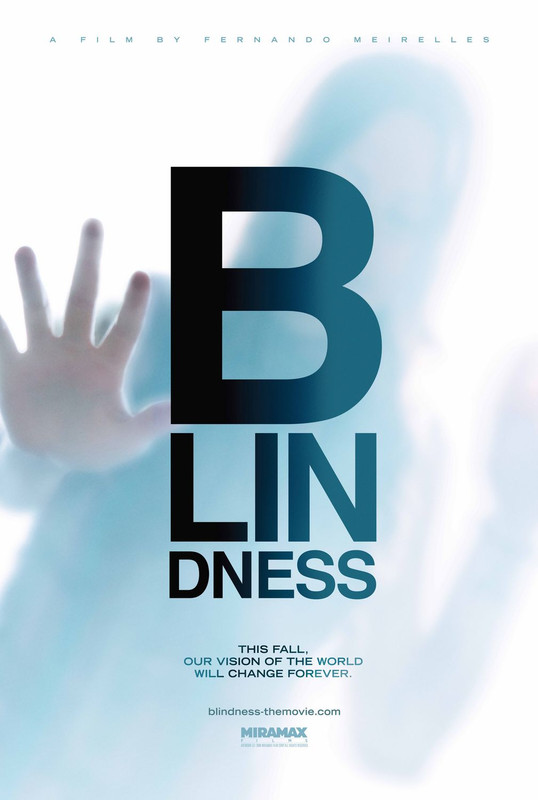 In an unnamed country, an epidemic of white blindness breaks out. The sufferers are herded into a hospital and left to fend for themselves, rationing out their own food. Inside this community one woman, a doctor’s wife (Julianne Moore) has retained her sight, lying about her blindness so she can stay with her husband (Mark Ruffalo). The society begins to break down when the self-declared king of ward 3 (Gael Garcia Bernal) takes control of food rationing.

The last six years have been a rough time for those of us who are Julianne Moore fans, after a time when she could, seemingly, not deliver a false note on screen she entered a fallow period of appalling proportions. Blindness doesn’t represent a complete return to form, but it’s her best work since The Hours, and a significant step in the right direction. A smattering of good performances are among the best reasons for seeing the film; Alice Braga is strong as the woman with the dark glasses; a hooker who adopts what appears to be the hospital’s only child. Gael Garcia Bernal is enjoyably OTT as the king of ward 3 and Japanese actress Yoshino Kimura impresses in a small part. As with all aspects of this film, though, there are bad things among the good here. Danny Glover’s magical black man is as badly acted as he is written, while Mark Ruffalo drones his way through the picture in a monotonous drawl.

The screenplay is also wildly uneven. The setup is genuinely scary, done in a low key and plausible way, but the further on the film gets the more plot holes begin to open up. The most gaping of these is the one that allows the king of ward 3 to get a gun. Are we honestly to believe that the guards around the hospital would not have taken it from him?

Fernando Meirelles direction is often heavy-handed, and his recurring motifs (white, blurry figures, endless close ups) become wearing, but there’s no denying that Blindness, even in some of its most disturbing and nastiest moments, is beautiful to look at. A shot of the women of ward 1 cleaning the blood from a dead friend, who appears almost entirely white, is especially stunning.

After a tense, and often unnerving, first couple of acts the film falls apart in its last third, abandoning the claustrophobia of the hospital for what seems a tacked on excursion into the outside world, and an out of the blue hopeful ending which feels utterly at odds with the tone of the film. Blindness is a total mess, but the great film that it might have been is sometimes visible, and for that it’s (just about) worth seeing.
★★
Posted by Sam Inglis at 14:02