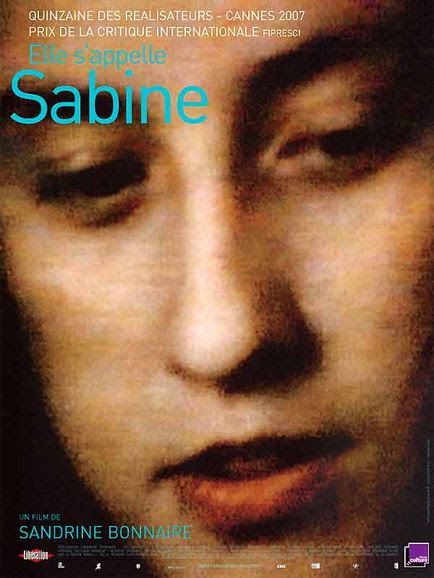 Why is it on the list?
This is an unusual directorial debut from the acclaimed French actress Sandrine Bonnaire. Bonnaire is from a large family; she’s one of eleven children. This documentary focuses on her sister Sabine, a year younger than Sandrine, and autistic. Bonnaire’s film has one foot in the past and one in the present as, along with showing Sabine’s life as a 40 year old woman living in a home for adults with learning disabilities, Bonnaire uses extensive home video footage of her sister’s youth to show us what the younger, far more vital, Sabine was like.

Her Name is Sabine is a desperately sad film, and while it could justifiably be an angry one (we hear much about how, whenever Sabine has been institutionalised, she’s emerged less capable than she was on entering care) the tone is more reflective than that, it’s not a screaming film, or really a campaigning one (though, happily, it has apparently caused France to look closely at its mental healthcare policy). Bonnaire’s mission, if she has one, seems to be to get us to understand her sister, and people like her. It can be hard, at times we even see that it is hard for Bonnaire, who is consistently bombarded with Sabine’s fears that when she leaves after a day’s filming she won’t return. As much as anything the film becomes an insight into a challenging family relationship. These two women clearly care deeply about one another, but that can be swallowed by Sandrine’s work and Sabine’s difficulty understanding emotions.

For all its sadness, Her Name is Sabine also has a lightness of touch. Bonnaire allows moments of levity, such as often arise between Sabine and the other disabled adults, who sometimes don’t realise that they are being funny. However, what really lifts the film (while also reinforcing the overall tragedy of the story) is the use of Bonnaire’s own home movies of her and her sister in their late teens and early twenties. In these images Sabine is a dark haired, strikingly beautiful, carbon copy of Sandrine. We see her dance, we see her swim, we see her excitement at being taken to New York - out of France for the first time. It’s an intensely moving, elegiac, portrait of lost potential, desperately sad when juxtaposed with the drooling, drug hazed, heavy, Sabine of the present.

As director, Sandrine Bonnaire demonstrates brilliant instincts. Her use of the home movies is beautifully executed; she weaves them deftly throughout the film, using them to trace Sabine’s story, always to illuminate aspect of her sister that now seem lost. The shooting of the documentary footage is quite straightforward, but the existing relationship between Bonnaire and her subjects pays dividends, she’s clearly a familiar presence at Sabine’s home, and there’s an easy intimacy to the footage that surely would not have been so available to an outsider. Bonnaire’s experience as an actress also pays off, as she contributes measured, informative, and beautifully delivered narration.

This is a great film, and also an important one, as though it is first and foremost a personal story it is also one that will resonate with anyone who has known adults with learning disabilities and, crucially, educate those who haven’t.

Standout Scenes
Movie show
For the first time in many years, Sandrine shows Sabine the film of their trip to New York. I defy you not to cry.
Posted by Sam Inglis at 16:53