Over the last few weeks I’ve had some correspondence to the site, both via the email address and in comments, asking for my qualifications as a critic. I thought that it might be an idea to address the issue via a cinematters. So here I’m going to try and give you a picture of how I got here and I’ll also try and consider whether qualifications should be required to be a critic, and if so, what they are.

First off, here’s the email that prompted this discussion (I’ve not changed one character of this, besides to remove the correspondent’s name)

I sent a brief reply, but perhaps I should expand on what I said. So, here are what I would consider my formative experiences and ‘my credentials’ as a film critic. 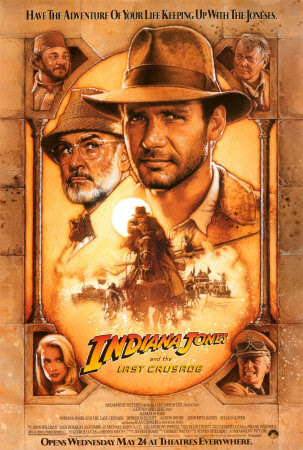 One of my earliest memories is film based. I’m four (so this is 1985, fact fans) and I am sitting inches from our tiny TV, trying to watch what must be a relatively early airing of the first Star Wars. It was about this time, and because I wouldn’t sit back from Star Wars, that we realised I was going to need glasses.

Skip forward four years. I’m almost eight and on a trip with my Cub Scout group, we’re at the Angel Centre cinema watching Indiana Jones and the Last Crusade, and I’m almost under my seat because on screen the villain’s face is decaying before my shocked eyes. That was it; that was the moment that I was sold on cinema, the moment that it became clear to me that this was incredibly exciting way to tell stories. On the ferry to Holland later that year Indiana Jones and the Last Crusade is playing at the small screening room on board. My Mother and Brother are both seasick, but between tending to them I see the film at least three more times, sneaking in whenever I can, not caring which parts I see.

Another three years pass. I’ve just turned eleven, and I’ve just had two liver transplants. In my isolation room at the hospital there is a VCR and a TV (which my school has paid for, as well as another set for the adjacent cubicle). To keep me occupied my Mother has joined the video shop down the road from the hospital. I’m soon watching films all day every day, and run out the shop’s suitable stock in a matter of weeks. Thereafter I start asking nurses and doctors to bring me movies from home.

Since then I’ve never looked back and my interest and taste in movies has never stopped evolving. I decided early on that whatever I did with my life I wanted movies to be a central part of it. I started out, like most teenage movie fans, wanting to make movies. Thing is (as you can probably tell from the incredibly basic design of this website) I’m not an artist, and though I enjoyed acting I was never especially good at it (that said, Kristen Stewart has a career). I was the resident movie buff at secondary school, and friends would always ask me what they should be going to see at the cinema, or for recommendations for home viewing (every time I went to a friend’s house it would be with a bag full of video tapes). Just over ten years ago this led me to start writing a little email newsletter (pretty much what The Week in Movies is now, but with grades and MUCH shorter) to send out to a few friends.

That newsletter didn’t last long but it, along with my discovery of something on the internet called ‘a forum’ (my first was Cinephiles, where I posted as Yosemite Sam for about a year), really gave me a taste for writing about movies, rather than trying to write movies. At college, doing a media qualification, one of my early assignments was to build a website and, clearly, there was only ever one subject it was going to be about. Thus was Movie Reviews by Sam Inglis (oh, the boundless imagination) born. The site looked like shit, and was built with almost no technical knowledge and the use of MSFrontpage, but the writing was good and I kept the site going until I ran out of space to host it (it was on Geocities, which also means that it is now gone). Here’s a sample review from that site: The War Zone. After that my writing about movies was largely confined to the Joblo.com forums, where I’ve been posting as SAI (my initials, not Elektra’s forked weapons) for over eight years now.

While at college I was also expanding my cinematic horizons, decimating the foreign language section at my local video shop, renting an average of one film a night and, thanks to my course, starting to analyse movies on a deeper level than before. We went to two film festivals and at each I saw more movies than anyone else on the trip (sixteen in a six day trip to the Venice film Festival in 2001, including a day when I saw five, starting with a 9am screening that I walked to in shoes still wet from the previous night’s rain and concluding with a midnight movie). It’s this kind of pursuit of cinema, this excitement about it, that has led me to the point I’m at now, having seen something like 7000 different films and still always setting myself goals as to what I want to see, what I want to discover, next.

So that’s how it started, what about my ‘credentials’. Well, if you want to talk formal qualifications I’ve got an AVCE in Media and Communication and last year I went back to college, in preparation to take up a degree course. I did a Film Studies A Level, a two year course, in a year and came out with not just an A but one of the highest marks in the country. In September I’m taking up a place at the University of the West of England for a Film Studies degree, with a view to teaching in the future. That’s all well and good, and it certainly serves me well, but you know something? When it comes to a qualification for writing this site, that’s all crap. 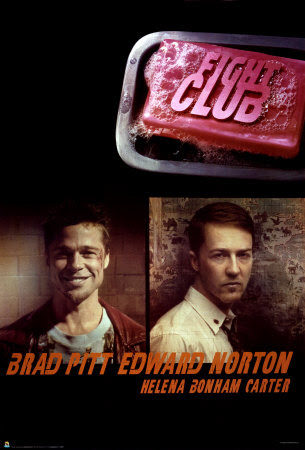 Here are all the qualifications I think a critic really needs:
1: A wide interest in and experience of film
You’ve got to LOVE it, that’s the bottom line, and if you don’t love it don’t type word one. Loving it isn’t quite enough on its own though, you’ve got to have some knowledge and understanding, and that really ought to go back further than to Fight Club (which I recently saw described as ‘a really old movie’, which made me feel positively decrepit… at 27). You don’t have to be an encyclopedia - God knows I’m not, I learn new things about movies every day, and that’s what excites me about them - but if you don’t at least know a little about silent cinema, about the studio system, if you’ve never seen a foreign film, if you only watch modern studio films… Well, if that’s the case I’m not going to say you can’t be a critic, but you certainly won’t be one whose opinion means anything to me.


2: An honest, coherently expressed, opinion
My writing isn’t perfect. It’s the result of one guy whose grammar is a little shaky writing thousands upon thousands of words of site content himself with only the help of MSWord’s spelling and grammar checker. What I feel I do always deliver though is an honest and readable opinion; a properly structured argument, backed up with examples from both the film under review and frequently from other films as well. I don’t care if you think I’m right or wrong (though clearly I like people to agree with me), I’ll make my case and the rest, really, is up to you. Aside from a couple of reviews that I’ve not been happy with (we all have our off days) I think I’ve always presented a coherent film focused argument, and that, and no more, is what I believe the job of a critic to be.

I can sit here all day and rattle off what I see as my qualifications; 20 years of being obsessed with films, 10 years writing about films for an audience, 7000 films seen (including films from 30 or more different foreign countries), formal qualifications in media and film studies, but if you don’t like the site (as the correspondents who prompted this article clearly don’t) what does it matter? If you don’t like my style, which can be, I’ll admit, very upfront and even confrontational, well that won’t do wonders for my traffic to the site, but really, I’d rather you read a critic you do enjoy. Enough people seem to like my stuff, so don’t worry about me.
Posted by Sam Inglis at 16:01