10 more exciting things for the next 12 months, in no specific order. 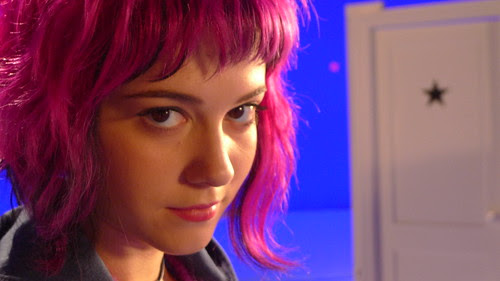 Edgar Wright’s latest hasn’t really inspired me until now, thanks largely to the fact that I wasn’t fond of Hot Fuzz and that it stars Michael Cera, who can only play one part (one part which is wearing perilously thin). It’s starting to look like a lot of fun though. The cast is cooler than cool (especially with Mary Elizabeth Winstead and Anna Kendrick in the mix), but what has me excited is what Wright is saying about the action. After all the bullet time that has followed in the wake of The Matrix, Wright says he’s going back to fast, furious, Hong Kong style action (he’s got some of Jackie Chan’s stunt team working on the action sequences). “It’s like a cross between Cameron Crowe and Five Deadly Venoms” he’s said. Awesome, assuming he means Say Anything, rather than Elizabethtown.

Testing
One room thrillers seem to be hit (Cube) or miss (Fermat’s Room) with me, but I’m hoping for good things from British director Stuart Hazeldine’s first feature; Exam. It’s the job interview from hell, as the nameless candidates find themselves in a room, given sheets without a question and 80 minutes to find the answer. It sounds bizarre and intriguing; exactly the right conditions for a good thriller.

Interviewed on the BBC’s Film 2009, the Midlands based auteur said that his next project would, hopefully, be “one of the scariest films of 2010”. If it happens Beware the Devil will be Meadows’ first proper foray into horror (though there are shades of it in Dead Man’s Shoes). He’s said that just writing the script has been scary, and that he’s going to talk to Sam Rockwell, with hopes of casting him. Meadows is one of the most interesting filmmakers in the UK right now, I’m anxious to see what he can do in genre cinema.

Fests Galore
Wherever you live, there’s probably a film festival near you some time in 2009. I’m lucky enough to live near London, where there seems to be a film festival of some stripe most weeks. My first of the year will likely be the Birds Eye View film festival in March (this year closing with Drew Barrymore’s directorial debut; Whip It!) and my last will almost certainly be December’s Festival of German films, with hopefully many in between. Festivals are where you find the strange and compelling fare, the stuff that often doesn’t reach cinemas at all. The little films, the new talent. Next time you see a festival playing near you, try this; buy tickets for two films you are sure you want to see, then get one for something you have absolutely no knowledge of, whatever happens to be playing directly after one of your two other choices. It may not be great, but it will almost certainly be different (I did that in 2009, and saw Dear Lemon Lima).

I don’t know if, in her native Germany, Nina Hoss is as ridiculously famous and as well rated an actress as she clearly deserves to be, I hope she is. Over here few people have even heard her name, and that’s a crying shame because she’s one of the most consistently intriguing and most chameleonic actresses I’ve seen in a long time. Most of her work is unreleased in the UK, so any new release is a reason to celebrate and Anonyma, based on the wartime memoirs of an anonymous Berlin woman sounds like it will provide a great part for Hoss to get her teeth into. Even sight unseen, I can tell you that this should be worth seeking out, if only for Nina Hoss.

Back to the 80’s
The movies have taken a little while to catch up to the music scene, which has spent the last couple of years partying like its 1984, but the pop culture of the 80’s is coming back in a big way this year. Joe Carnahan’s The A Team is being touted as a big franchise for the future, Footloose, The Karate Kid (with Jackie Chan) and (groan) A Nightmare on Elm Street are being remade, but the big excitement for movie geeks is coming from two projects aiming to recapture the fun of 80’s action movies. Nimrod Antal and producer Robert Rodriguez are working on Predators, on a fast schedule for a summer bow, it seems pretty close to the feel of the first film, and has an intriguing cast led by, of all people, Adrien Brody. Then there’s The Expendables, which seems to be Sylvester Stallone’s attempt to cram every 80’s action hero (and Jason Statham) into a single film. After the giant shitpile that was Rambo, I don’t care about The Expendables, but it’s certainly one of the most rabidly anticipated movies of 2010. However, if anyone remakes Back To The Future, I'm marching on Hollywood, and I may be armed. 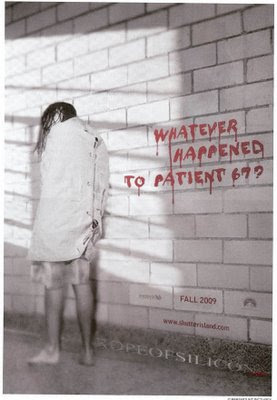 Masters of Cinema
The UK’s Eureka Entertainment continues to release, under this banner, stunning editions of some incredibly rare and fascinating films. Definitely on the slate for this year is a new edition of M (also on Blu Ray), Murnau’s little seen City Girl and the continuation of their Maurice Pialat series, soon, finally, to include the region 2 debut of A Nos Amors. I should own more of this series of releases, and any self respecting movie fan should have at least a few in their collection. Check out their site here.

Twilight to suck less?
Okay, the first two Twilight films are absolutely appalling drivel. The acting is so false that the same amount of expression would be possible if the cast were replaced with stop motion animated Lego men and the filmmaking has been miserably poor at all levels. BUT. David Slade (Hard Candy / 30 Days of Night) is directing the next in the franchise; Eclipse. He’s made plain his contempt for the first film, though he’s since taken back the remarks, which included “Twilight at gun point? Just shoot me.” That attitude, plus the word that he’s deliberately playing up the darker aspects of Eclipse and actually trying to make a horror film (apparently to the consternation of some of his cast), gives me a little hope that, at the very least, this will be a more interesting watch than the first two films.

When John Lassetter took over Disney’s animation division the first thing he did was to reactivate its cel animation production arm. He re-hired John Musker and Ron Clements (directors of Aladdin and The Lion King) and set them to work coming up with ideas. The first fruit of that labour; The Princess and the Frog, opens in the UK in time for February half term. I’m seeing it a week early, with Musker and Clements in attendance for a Q and A. You’ll be the first to hear about it. Personally I've missed traditional animation, which is a truly special art form, and I'm looking forward to this return from the company that established it and from two filmmakers who have made some truly great films with these techniques.
Posted by Sam Inglis at 15:25