The Long Halloween: Movie of the Week Double Bill

Irritatingly I still haven’t seen last week’s Movie of the Week, because when I came to watch it yesterday it had been deleted from youtube. As Blackadder put it: I think the phrase rhymes with ‘clucking bell’.

Anyway, it’s a new week, and that means another movie of the week. It’s also October, and that means Halloween. Yesterday it was four weeks until all hallows eve, and I decided that I would spend those four weeks watching frankly ludicrous amounts of horror films. Each film will have at least a mini-review, but there will also be several special features including The Complete Nightmare on Elm Street, the return of Why Haven’t You Seen… and three special Movie of the Week double features. So, enjoy The Long Halloween.

For my money this is the best of Universal’s 1930’s horror cycle. The Mummy boasts one of Boris Karloff’s (billed on the poster as Karloff the Uncanny) finest performances. His turn as Ardeth Bey, the reincarnated priest Imhotep, is masterfully subtle and economical one, played as much in body language and in those extraordinary eyes as it is the hypnotic, soothing, but effortlessly menacing voice. Karl Freund came from the tradition of German expressionism, and before The Mummy plied his trade as a cinematographer. This pays off here in a genuinely gorgeous looking film. However, Freund is only partially responsible for the image that sticks most in the mind; that of Karloff’s make up. Jack Pierce’s full Mummy make up has never been bettered, but his true masterpiece is the make up for Ardeth Bey, which subtly makes Karloff look like he might be crumbling. There are some overblown performances, but get past them and The Mummy remains chilling and brilliant. 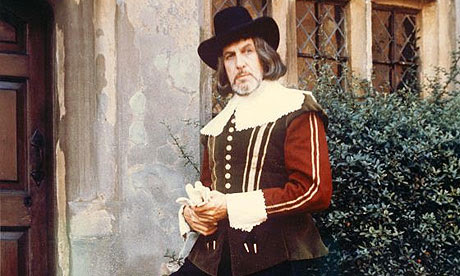 Witchfinder General was only the second feature by 25-year-old wunderkind Michael Reeves; tragically it was also his last. Reeves died of a drug overdose shortly after finishing this film, but over 40 years later Witchfinder General stands as a record of a talent that promised much. Vincent Price gives a deliciously evil performance as the titular Matthew Hopkins, a real historical figure who, from 1645 to 1647, travelled around eastern England ‘discovering’ witches for a fee. He tested for witchcraft in many torturous ways, often cutting them or holding them underwater. Those who didn’t die during the tests were, if Hopkins thought them guilty, were hanged or burnt at the stake. The film was heavily censored on its initial release, but the version presented here is Reeves’ directors cut.


These links will take you to the first part of each film. The Mummy will autoplay. Enjoy.
The Mummy
Witchfinder General
Posted by Sam Inglis at 12:34