Cinematters: Are movies getting worse?

I’ve often spoken of my general disdain for and disappointment with what the Hollywood mainstream is producing (calling it, once, 'a river of shit') . To give you a little context I’ve seen 58 films released in 2009 so far, of those two have been genuinely great (one French, one German), about 26 could be fairly described as mainstream Hollywood productions, and of those 26 just TWO have scored an above average grade from me. That’s a pretty shocking ratio, and it’s not reflected in films from the rest of the world, because though only two movies have been truly outstanding this year there has still, outside the mainstream, been a spread of strong films; American, Spanish, South Korean and more.

It’s fashionable to note that Hollywood has, for decades, been on a steady decline. William Goldman has been complaining about the Oscars on a regular basis for over thirty years, wheeling out endless lists of films from the glory days of the 30’s 40’s and 50’s to ‘prove’ that the quality of Hollywood’s output has catastrophically diminished in the decades since. Critics also frequently refer to this time as Hollywood’s ‘Golden Age’, as if the studios produced nothing but brilliance in this era. I’ve often wondered how true this is, whether films really are getting worse year on year. To answer that we have to remove the rose tinted glasses and take a long hard second look at the history of cinema.

Of all the film made before 1930 only 10% survives. In one sense that’s a tragedy, it has robbed us of such historical artifacts (and potentially compelling stories) as Tod Browning’s early vampire film, London After Midnight, the 10-hour version of Erich VonStroheim’s Greed and FW Murnau’s circus set 4 Devils. But while these treasures appear lost, it must also be true that a lot of terrible, terrible films were made during the cinema’s first thirty years and were lost simply because nobody thought them worth preserving. This is the essential difference between the early days of cinema and the post ‘golden age’ period. 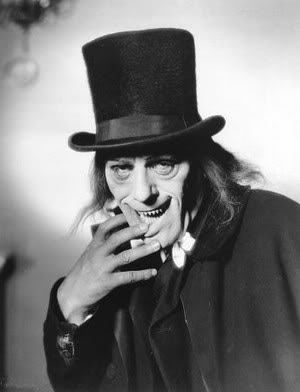 In much the same way that a filtering system operates for foreign language films, meaning that we in Britain get to see only a small fraction of the films produced in, say, French, German or Mandarin each year, often making it seem like these countries are producing film of a much more consistent quality than is likely true, time acts as a filter for older films. Okay, not all the films that still circulate from the 30’s to 50’s period that we’ll, for argument sake, call the golden age are actually good, but a great deal are. However, that doesn’t mean that everything (or even most things) produced then was good, it simply means that the greatest effort has gone into preserving films that were either extremely popular with audiences, seen as an artistic success or both. A further filtering process exists in that only a fraction of these films have then been chosen for wider circulation on VHS, DVD and now BluRay. It’s likely, though, that in 1939 for every Gone With the Wind and Wizard of Oz. there were two crappy movies that we’ve never since heard of.

As much as anything this would have been true due to the studio system, we complain today about how Hollywood makes films by numbers, rushing them through the production process in pursuit of a release date, but this was enshrined in stars and filmmakers contracts under the studio system. Studios operated like factories, turning out finished films week in week out, reusing sets, rewriting scripts, and using whatever actors were available that week. It’s not the way to make great films now and, most of the time, it wasn’t then. It’s just that we don’t now see most of the dross, because why watch those films when we can just watch Duck Soup again?

So, what changed? The movies came home, and that meant that, almost overnight, almost everything new was being preserved for posterity, whether posterity liked it or not. Until this point cinema had been seen as something of a disposable medium. It existed for its theatrical run, and the odd few films would play revival houses, special screenings, or sometimes get a full scale re-release thereafter, but most were destined to live on only in the audience’s memories. It’s probably hypocritical for a man with a collection of something like 2000 films to say so but, perhaps we’d have been better off if that had remained the case, because, really, who actually needs to own, for example, Freddy’s Dead: The Final Nightmare? What happened in the late 70’s was that a glut of utter dross was released onto tape, filling a gap left by studios unwilling to let their big ticket films be seen at home, because of a fear it would keep audiences from cinemas. Titles like SS Experiment Camp and (my favorite title for anything, ever) Invasion of the Space Preachers flooded on to the market, some have since faded from view, but even the rarest still exist, can still be had. It was once video caught on, though, that we were really in trouble.

This enormity of product forces us to look at the industry as a whole, and whenever you see any creative industry like that you’re going to realize that 90 % of what exists in it is unspeakably bad. Imagine how much better the history of the last few decades of film would look if, for instance, you could no longer see the films that Brian DePalma has made over the last decade or so, a huge swathe of terrible films, from Snake Eyes to Redacted, none of which most sane viewers would ever miss, consigned to the dustbin of history. We could cherry pick everyone’s filmographies, imagine it, the world would forget that John Carpenter became a hack, Rob Zombie would just be a musician, Nicolas Cage would still be an interesting and weirdly intense actor – one who never made Next, or Bangkok Dangerous, or The Wicker Man. The acres of pointless remakes would vanish, to a chorus of nobody caring. The Superman and Spider-Man franchises would still be on their second installments, oh, and The Hottie and the Nottie would fall into the deepest hole ever dug, along with the careers of everyone associated with it. How wonderful the world would be.

Of course I’m joking. It’s great that film is so accessible, and if we have to take the rough with the smooth for that to remain the case then so be it. But we should stop complaining about how there aren’t any good movies out there; it’s just that the filtering hasn’t yet been done for us, as it has with older films. It’s up to us to sift the staggering amount of movies out there, to dig through the endless chaff to find that magical 10%, the wheat that makes it all worthwhile. This year that may so far mean only The Heart is a Dark Forest and Martyrs, but even if that’s the case until the end of the year, that’s still three more hours of utter brilliance than existed before, and that’s saying quite a bit.
Posted by Sam Inglis at 18:34