In alphabetical order by title

The Making of documentary has, with the advent of DVD, become something of an abused term, often used to describe an EPK – basically a trailer interspersed with five minutes of mutual backslapping. These films are not like that, most are feature length, and all explore the process of making a film, rather than acting as a mere promotional tool.

The Hamster Factor and Other Tales of 12 Monkeys (1997)
Dir: Keith Fulton / Louis Pepe

The Hamster Factor was the first proper making of I ever saw, and I saw it just by chance, it happened to be included on the VHS copy of 12 Monkeys I rented. Keith Fulton and Louis Pepe follow Terry Gilliam from his very first meetings about the project, right through to its acclaimed and successful release, covering every point in between.

To their credit, even on a successful film, Fulton and Pepe never neglect to show the more difficult and contentious aspects of the process. We see Gilliam having a blazing row with his producer, we watch him completely lose the thread of his film, while attempting to direct after a serious riding accident, we’re on set as he explodes because a key prop doesn’t work, and we’re privy to his reaction to test audiences who just don’t get his movie.

Irascible as he can be Gilliam is a filmmaker whose obsessive nature (from which The Hamster Factor draws its title) ultimately makes his work the unique thing it is. As an up close insight into the process of making a studio film, but trying to make a work of art at the same time, The Hamster Factor is peerless.

There are several films on this list about nightmarish productions, but none compares to the utter chaos that was the process of making Apocalypse Now. With the script going through daily rewrites, the comings and goings of the military vehicles that Francis Ford Coppola had managed to draft in to fill out his war scenes making scheduling a constant challenge, the leading man (Harvey Keitel) being replaced, another star (Brando) being completely unprepared and hugely overweight, another (Dennis Hopper) being out of his face on drugs, and Keitel’s replacement (Martin Sheen) suffering a near-fatal heart attack.

Bahr and Hickenlooper’s film mixes on set footage with contemporary interviews, and reveals many intriguing truths about the film, but it doesn’t dig quite so deeply into some of the most interesting issues (Keitel) as you might like. Still, this long out of circulation film is something that any Apocalypse Now fan, any Coppola fan, needs to see.

GET IT: This film is not available on DVD, I found a VHS copy in a charity shop. 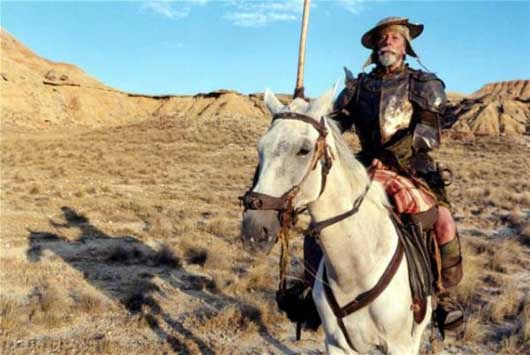 Lost in La Mancha is not a traditional document of filmmaking, because rather than a making of this is an unmaking of Terry Gilliam’s long in the planning passion project The Man Who Killed Don Quixote. A combination of the weather washing away much of his first location and the ongoing ill health of leading man Jean Rochefort meant that, despite capturing some truly striking footage both in tests and on set, and having some breathtaking sets and props produced, the film had to be abandoned.

This film was initially supposed to be a DVD extra, but, saying that ‘somebody should get a film out of it’, Gilliam allowed Fulton and Pepe to finish and release their film. Again the filmmaker doesn’t always come off well, his obsession with detail seems to lead him to neglect the big picture on several key occasions, which can’t have helped when the misfortune began, but his passion is clear.

Fulton and Pepe again have access to everything. We are privy to production meetings, screen tests, and location scouts, as well as the shoot and the attempts to save it. What really comes through this film, though, is how great a tragedy it is that The Man Who Killed Don Quixote still remains unfinished.

GET IT: Lost in La Mancha DVD 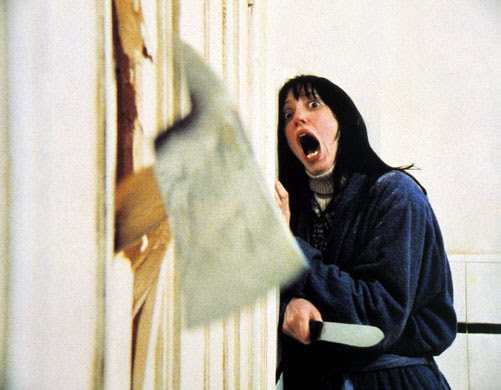 Making The Shining is just half an hour long, but it is packed with insight. That’s probably largely down to the fact that director Vivian Kubrick, being just 19, and Stanley’s daughter, is able to catch people, even her father, off their guard. The interviews are fun (Jack Nicholson is on great tongue in cheek form, while a clearly harried Shelly Duvall gives a great insight into why she’s so good in the film, but it’s the on set footage that is the real prize here.

It’s fascinating watching Kubrick set up his shots, seeing Nicholson trying to find constant variations for each take. It also defuses Kubrick’s reputation as a hard taskmaster; he certainly did a lot of takes, but the set we see here is one that seems fun to be on, even if it can be frustrating. It may be short, but Making The Shining is a true insight into a famously reclusive filmmaker.

GET IT: The Shining DVD

Overnight is not just a making of (though it does cover the process of making the cult film The Boondock Saints), it as more a character study of one of the worst men I’ve ever seen on screen; aspiring auteur Troy Duffy. Duffy was a bartender whose script was picked up by Miramax, and he immediately let his (limited) success go to his head. He begins the pre-production process and, within weeks, has alienated almost everyone around him.

Duffy’s disrespectful nature to all about him results in the collapse of both the deal with Harvey Weinstein and a mooted record deal with Madonna’s label for his band. He gets both the film and the album made, but for a much reduced budget, and with a much more limited release than would have otherwise been granted with him. Overnight is a fine film about both trying to survive in the low rent areas of the film business, and how a man who had the world handed to him on plate managed to destroy his opportunities, just by being a prick.

GET IT: Overnight DVD

See Also: Dangerous Days: Making Blade Runner; Full Tilt Boogie; Magnolia Diary; The Making of Alien 3; The Making of The Frighteners; The Plan 9 Companion; This Film is Not Yet Rated; Visions of Light.
Posted by Sam Inglis at 17:26